For couples wanting classy, modern shots that highlight NYC architecture, nothing does it quite like New York Public Library engagement photos. Nestled in midtown Manhattan at 42nd and Fifth Avenue, the NYPL’s Stephen A. Schwarzman Building features a Beaux-Arts style facade, with soaring columns, archways and steps that are just too good to pass up. And while photographing inside the library requires a permit, the outside is fair game.

I met Richa, Nikul and their pup early in the morning for their New York Public Library engagement photos. For the most part, Fifth Avenue was calm. The two wanted a backdrop that highlighted the city, but also something not super played out. For the most part, couples love the Brooklyn Bridge, Brooklyn Bridge Park, and Empire State Building — iconic, yes, but also very typical. The New York Public Library, in my opinion, is more a local’s location — somewhere a little less flashy, a little more subtle.

After taking photos in front of NYPL, we headed around the corner to Bryant Park from some lush contrast. The two were naturals,  but really it was their dog who stole the show. I’ll admit I’m a sucker for dogs, so I’m a bit biased. Still, I always tell my couples to have their engagement and wedding photos be reflective of who they are, and there’s no better way to commemorate your engagement than including your fur-baby. We ended the session with the three of them walking off for brunch, another New York time-honored tradition. 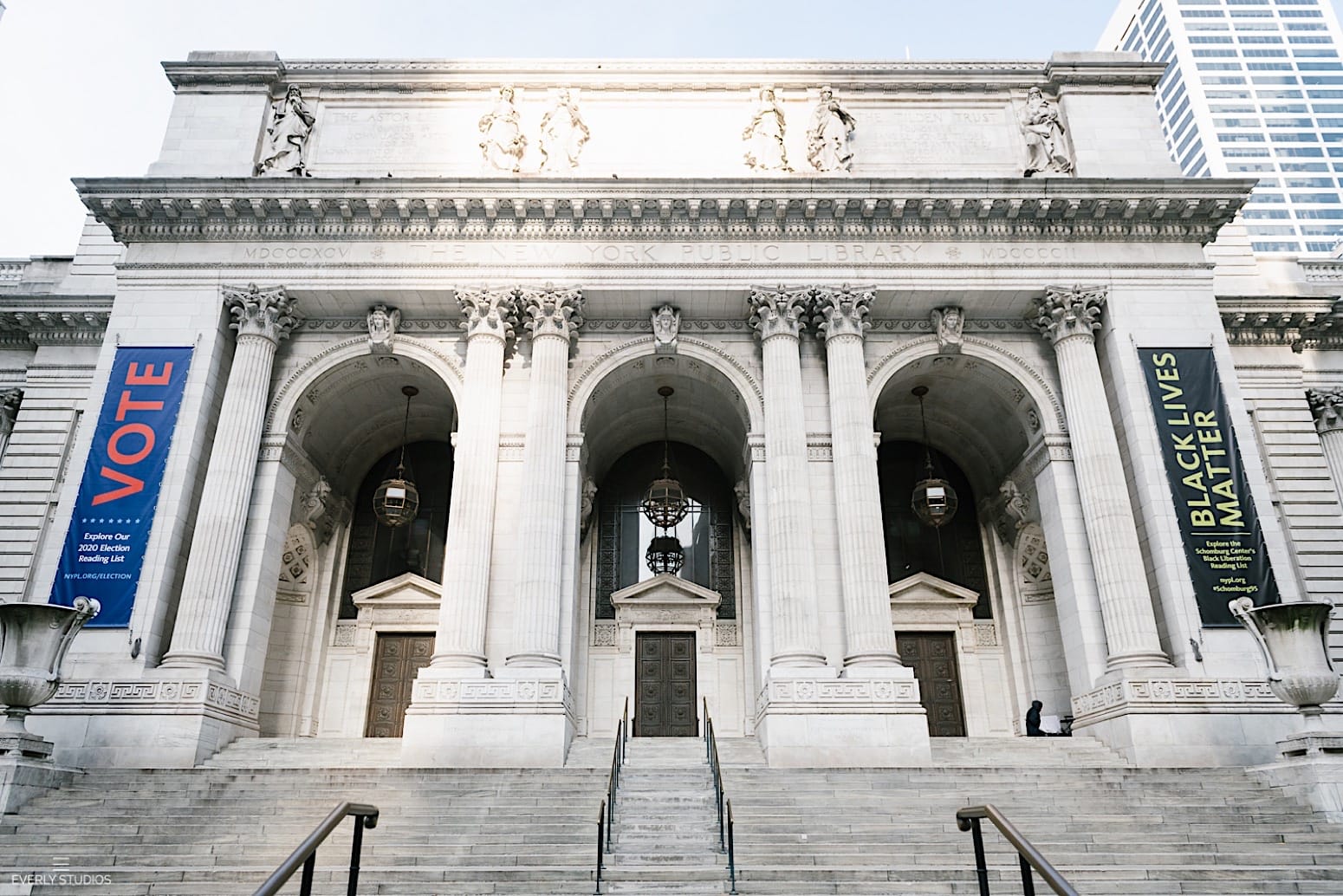 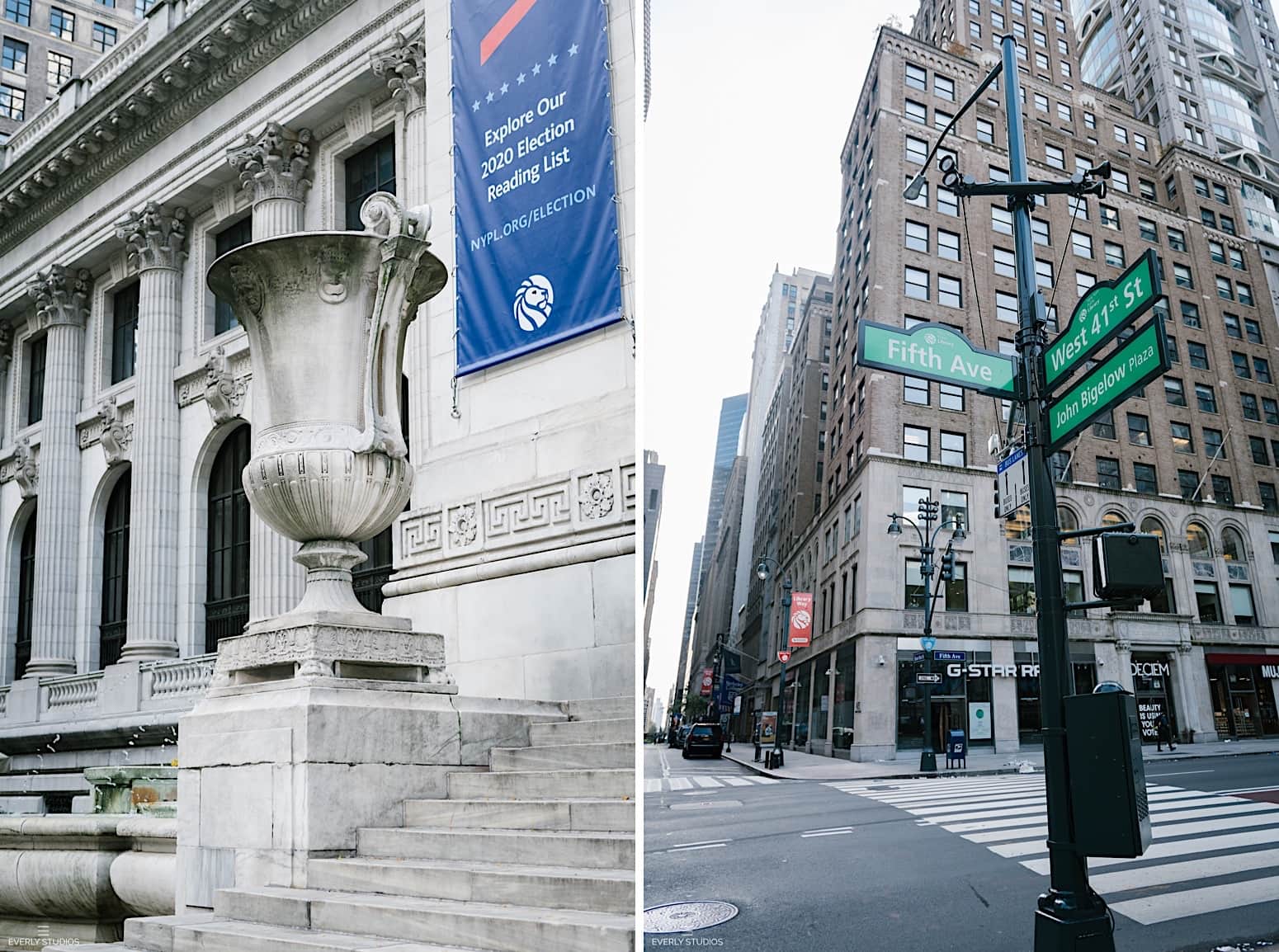 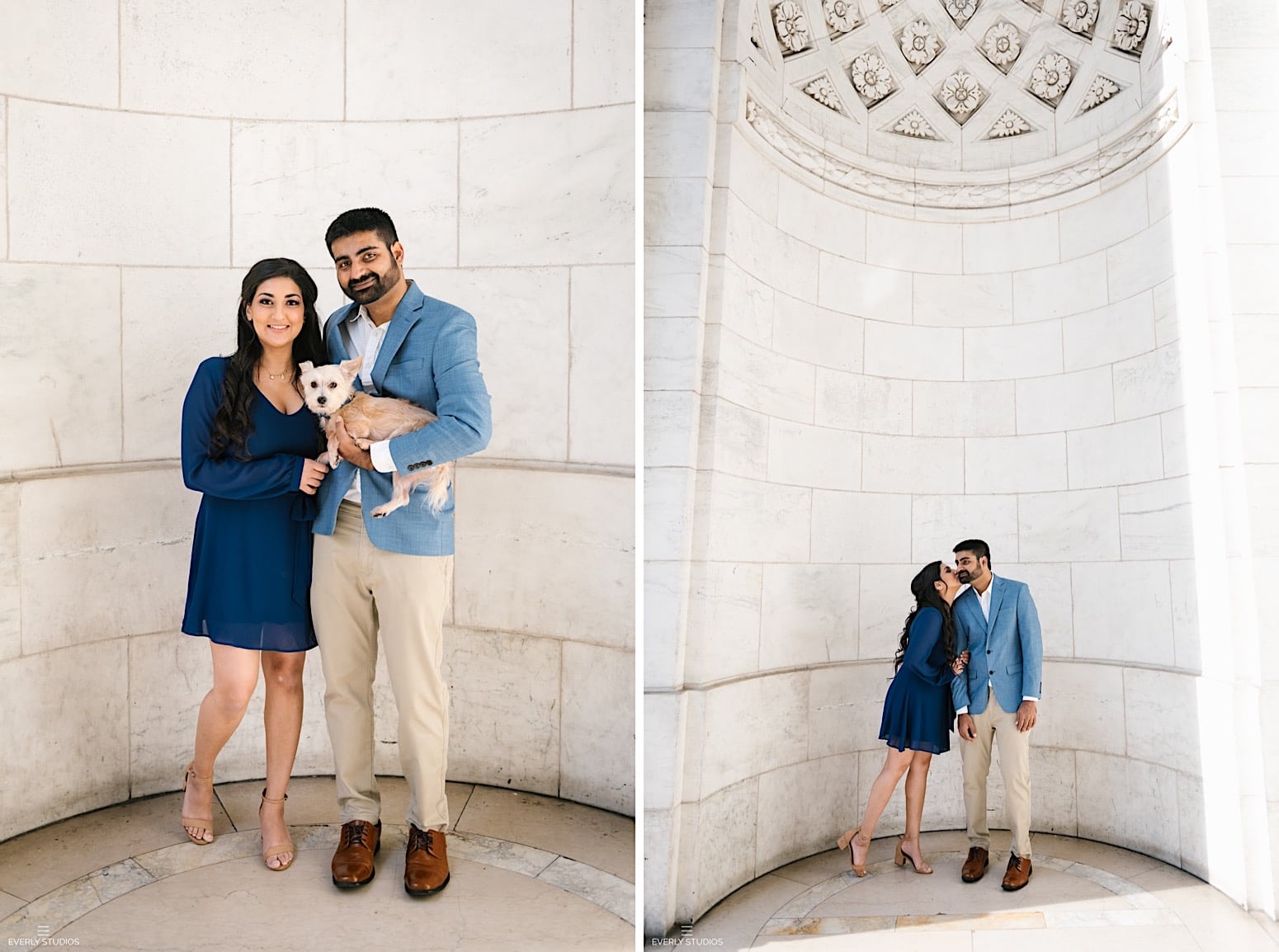 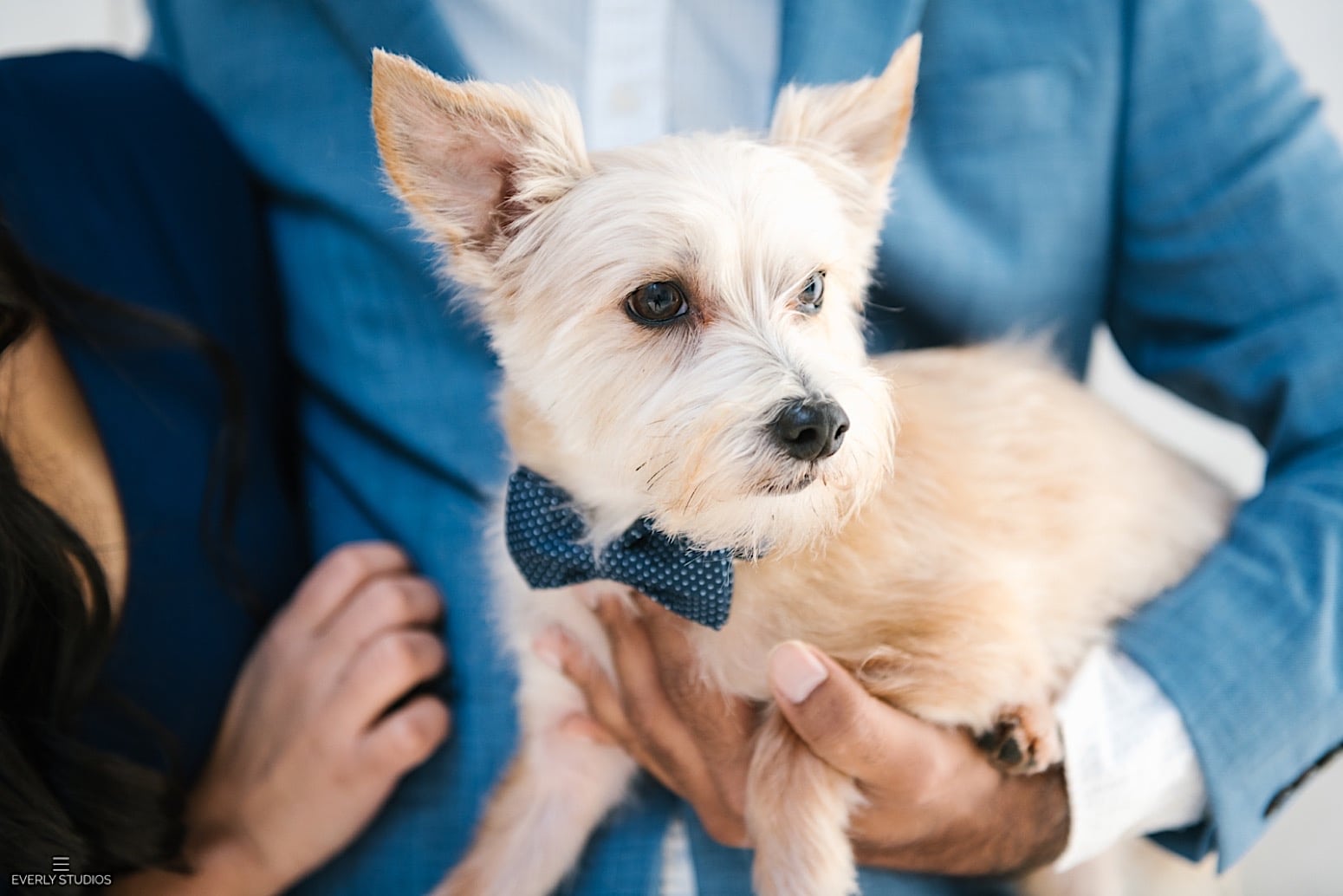 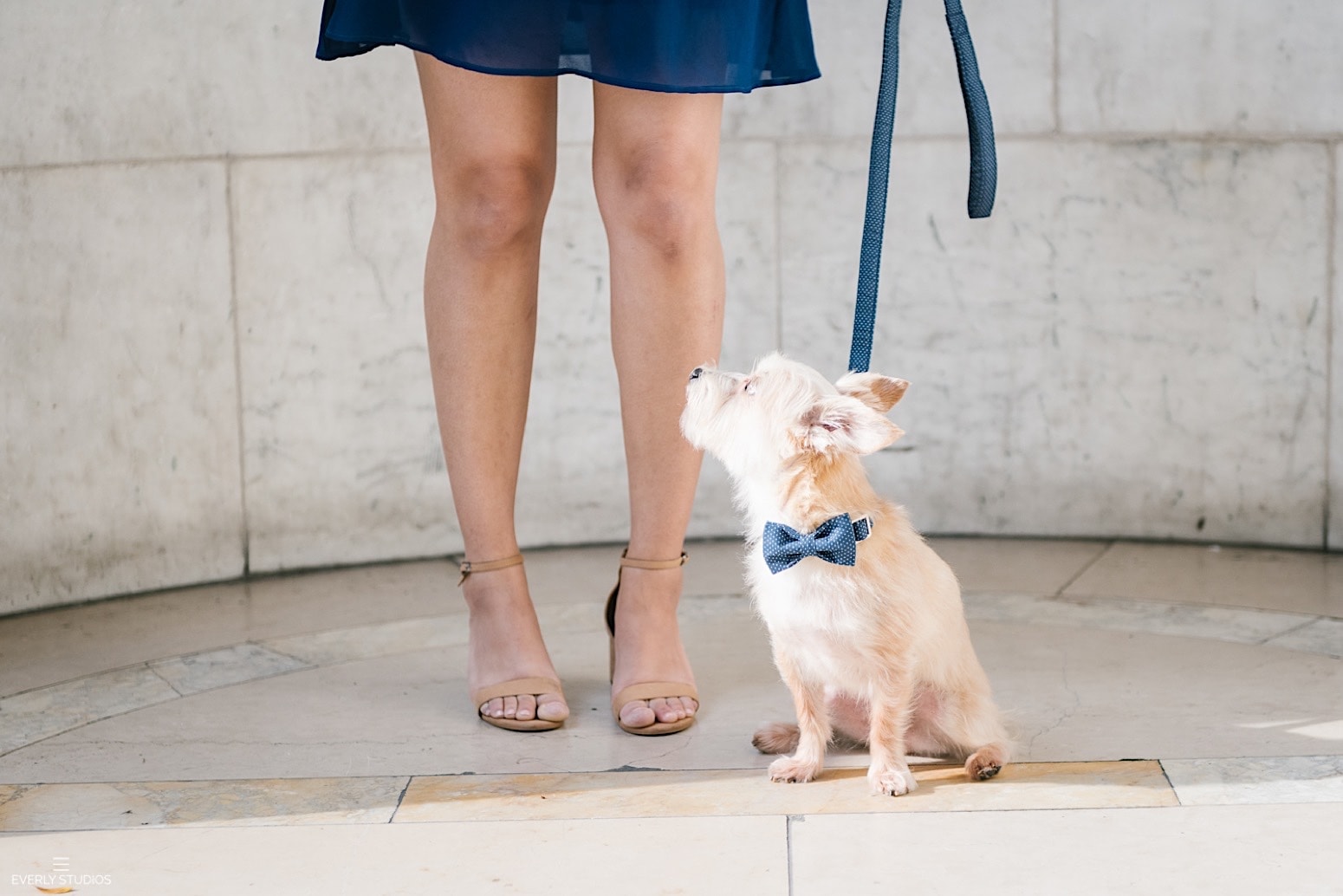 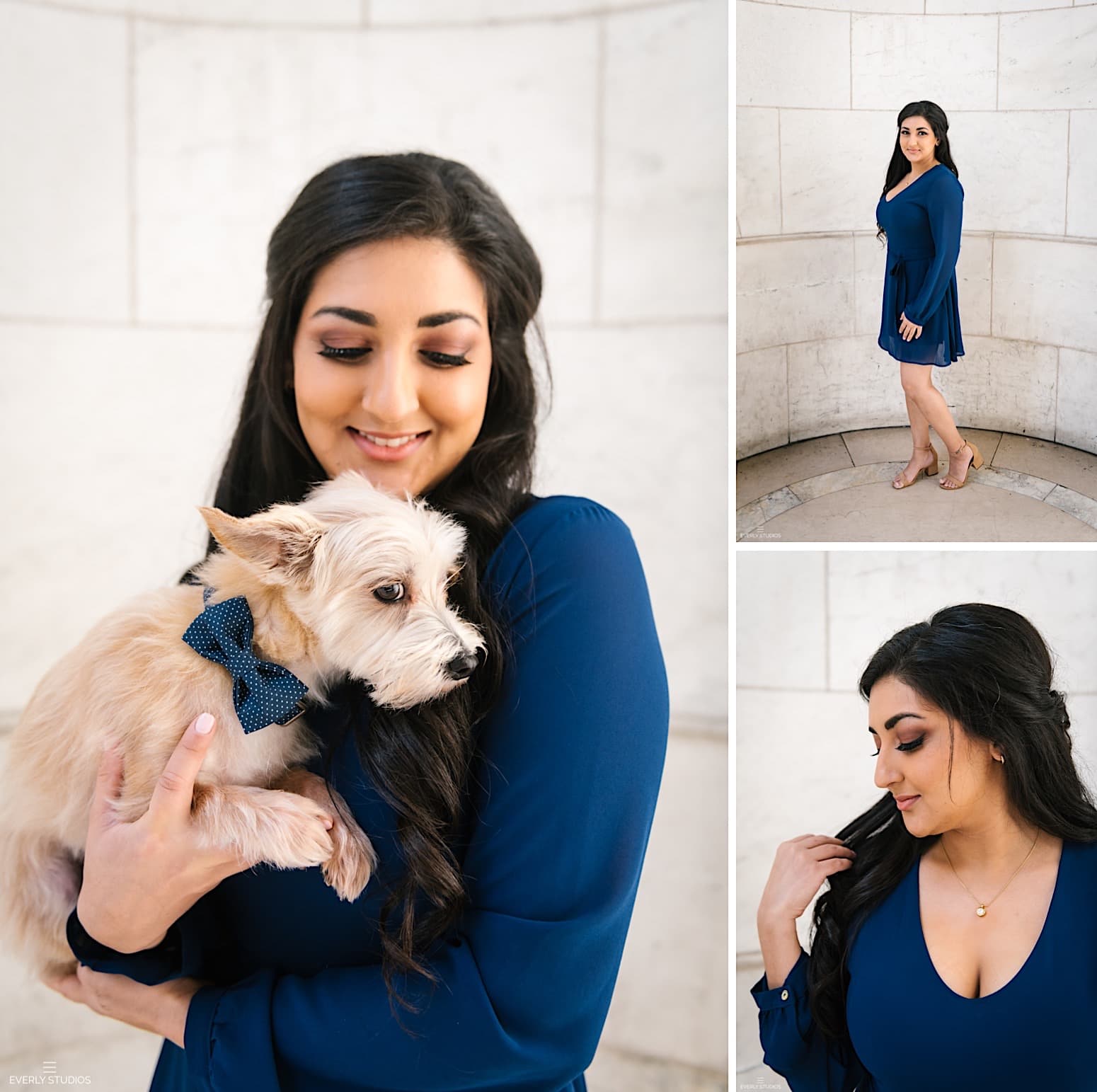 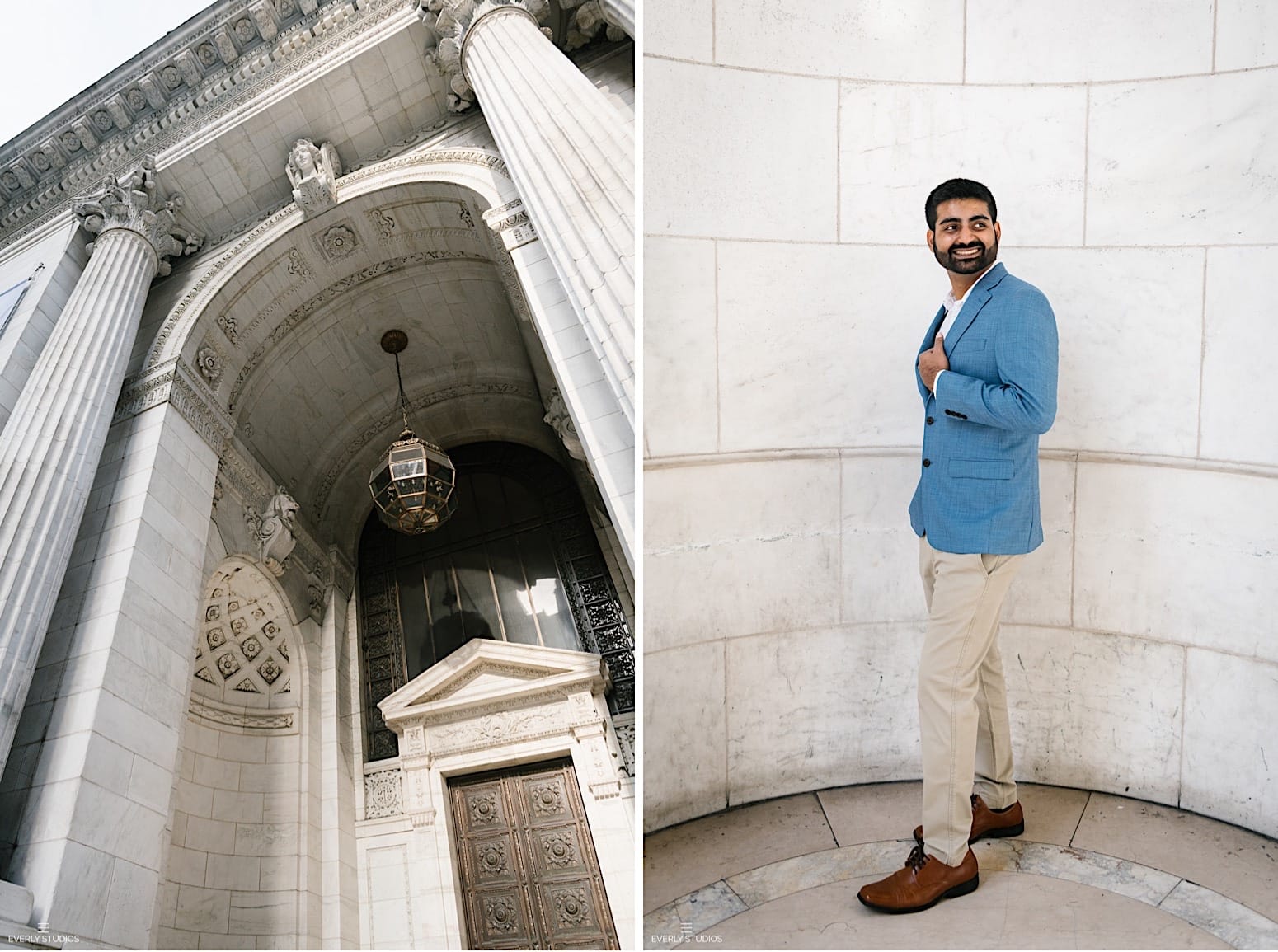 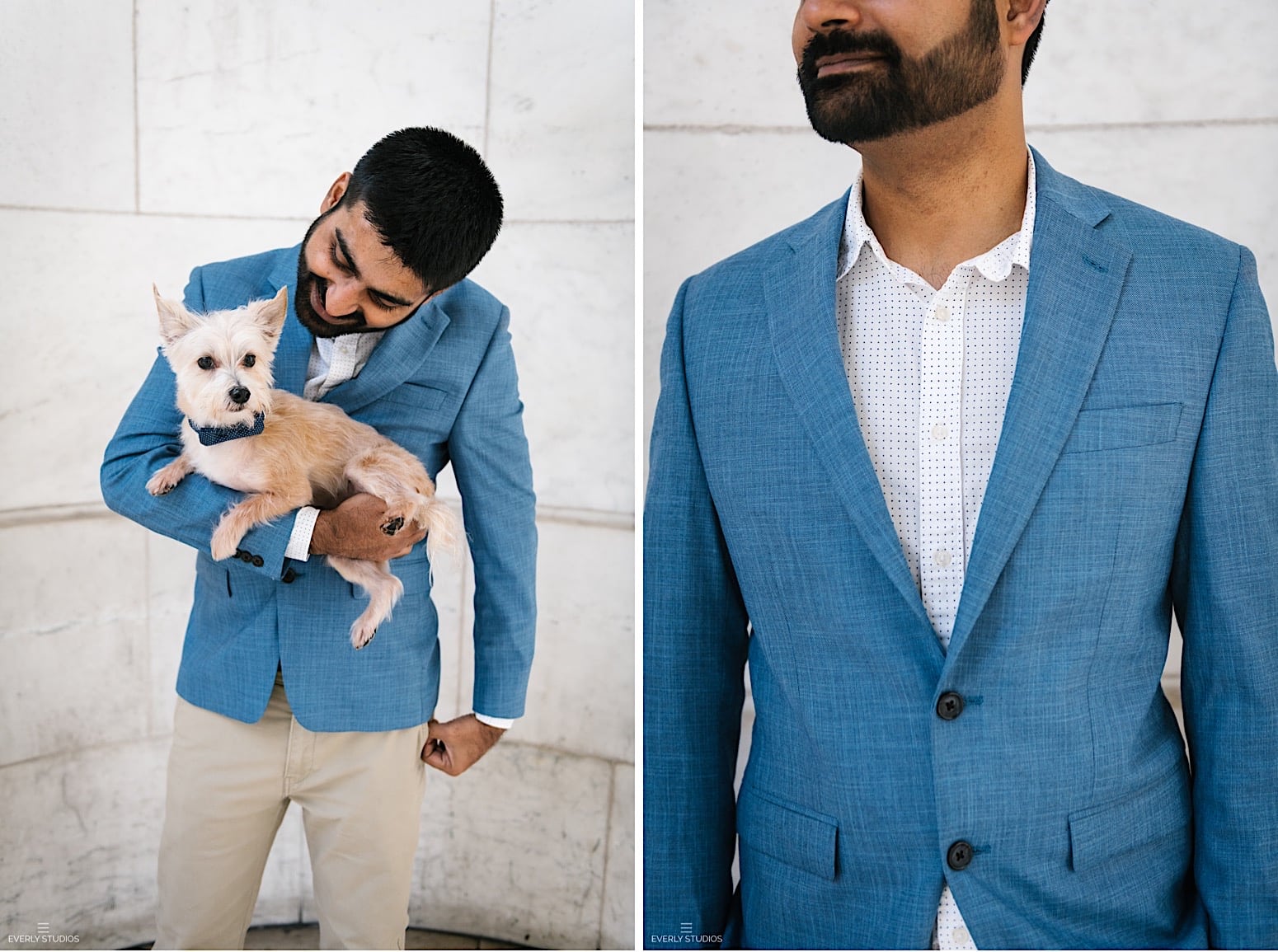 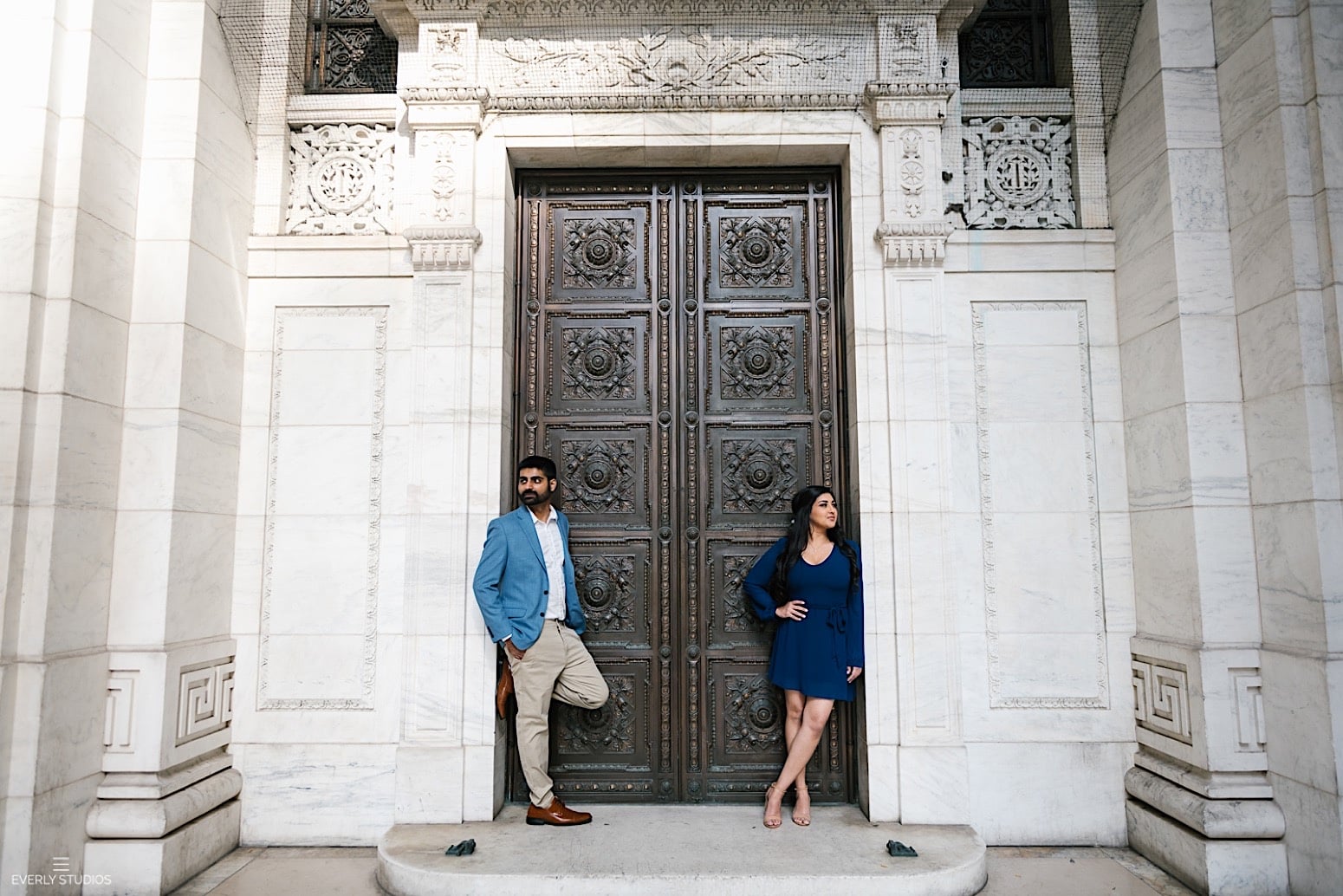 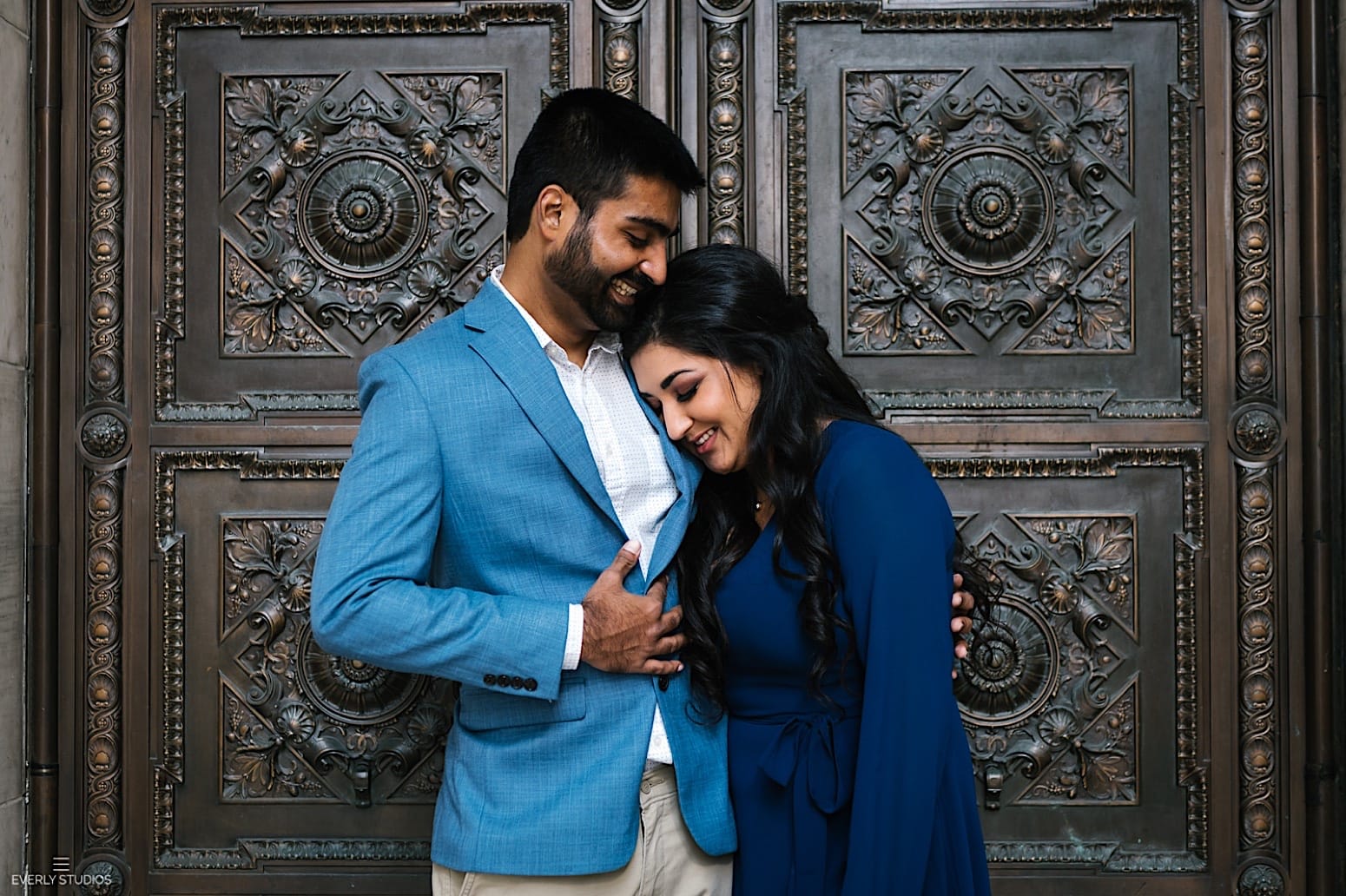 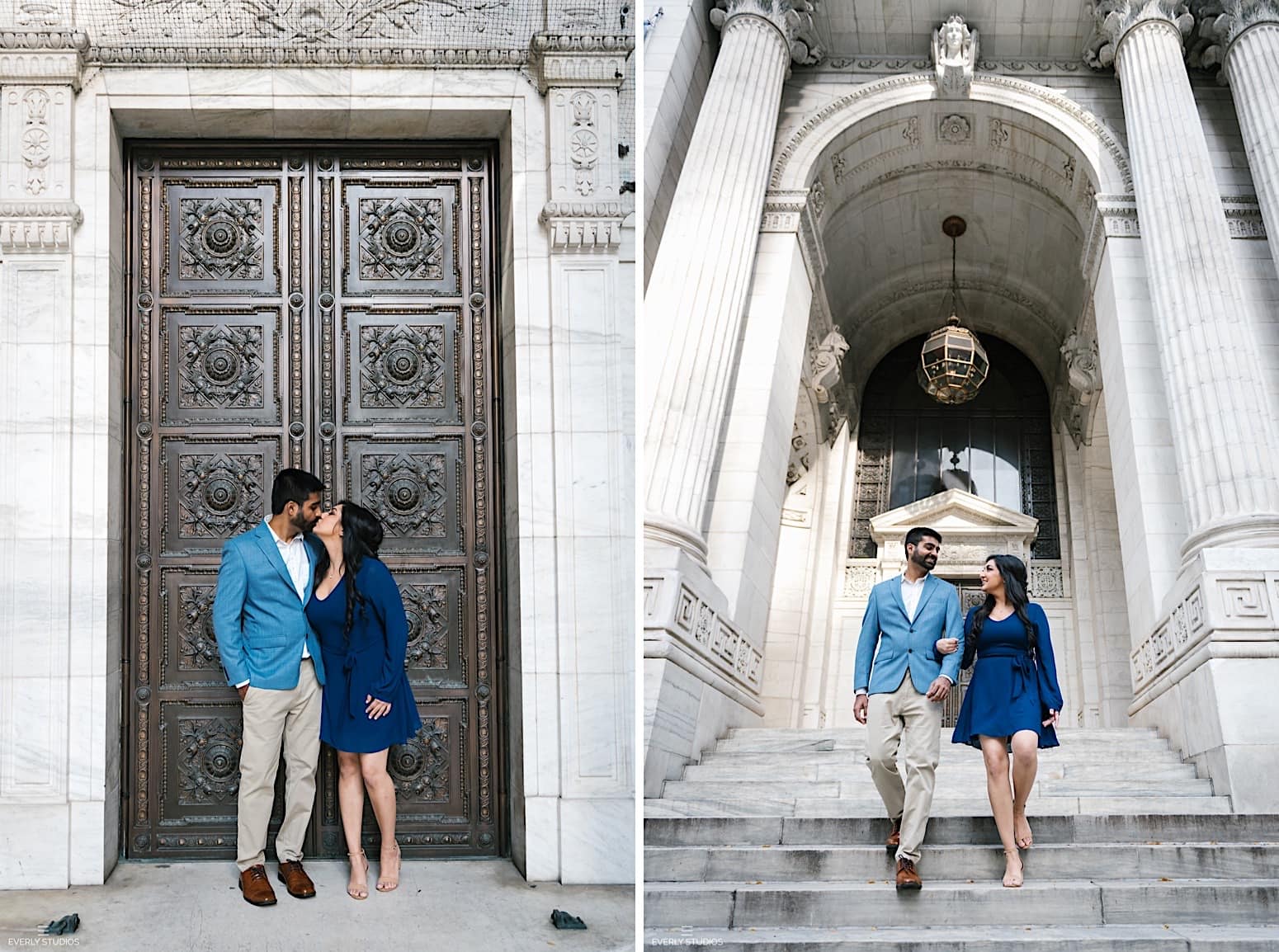 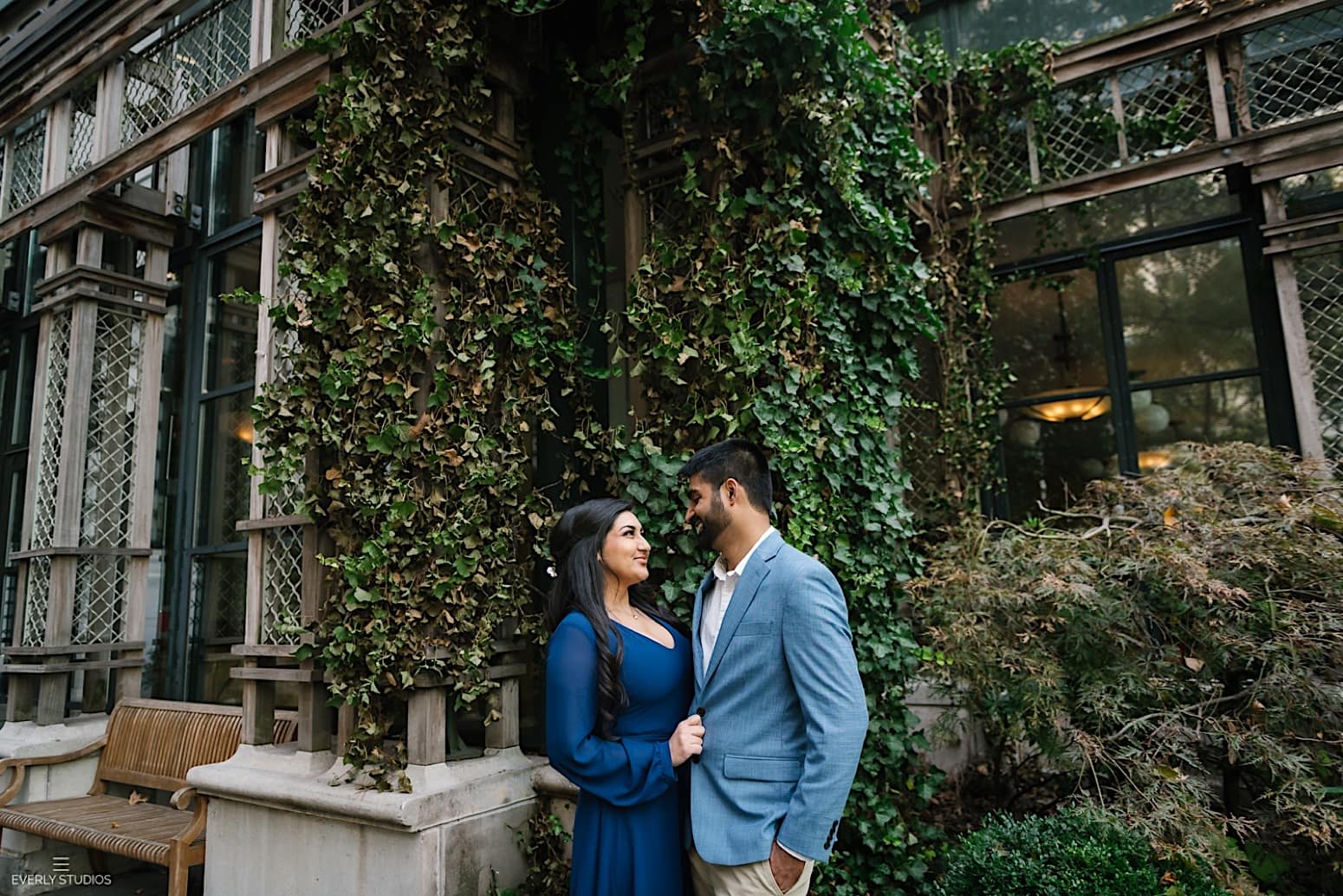 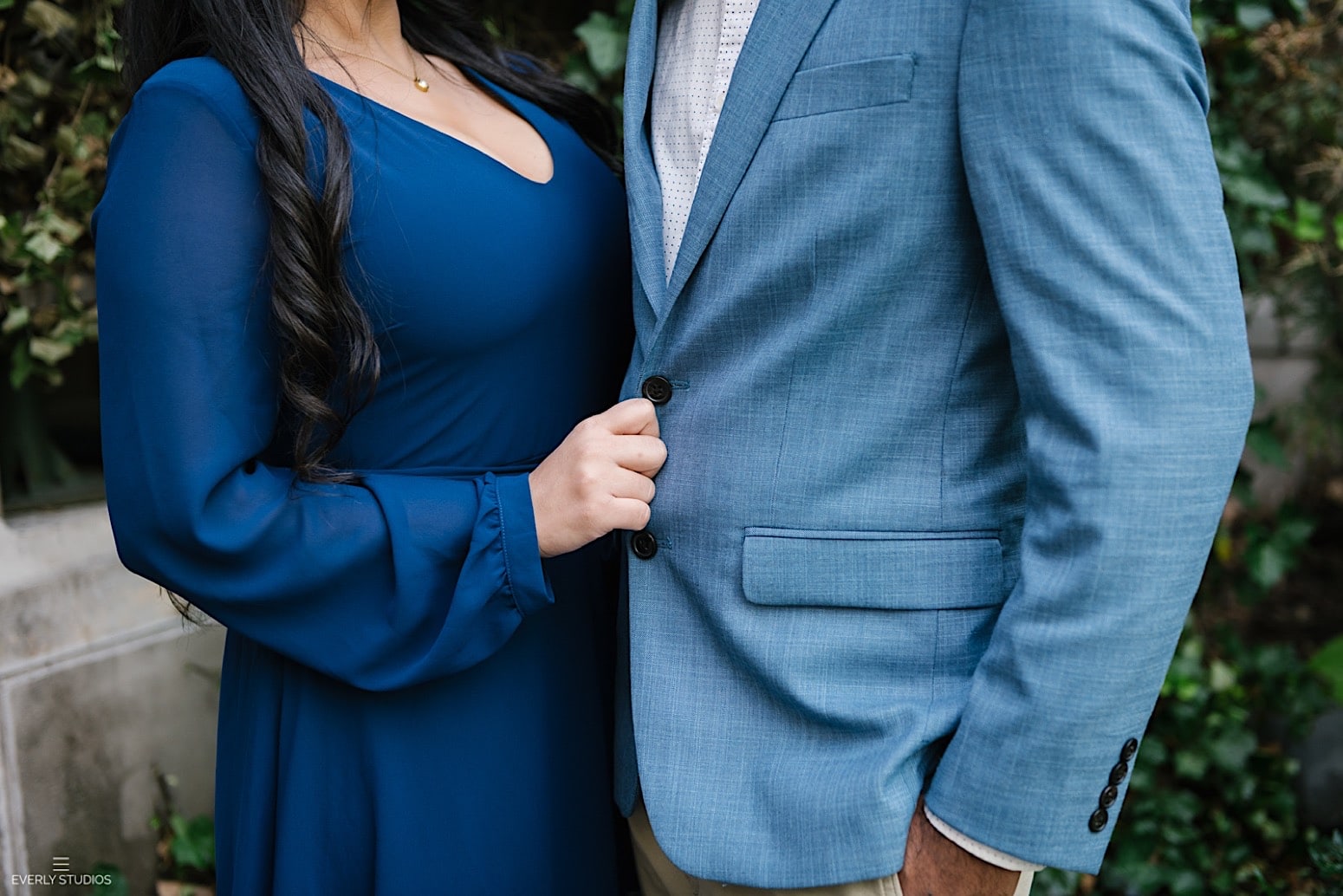 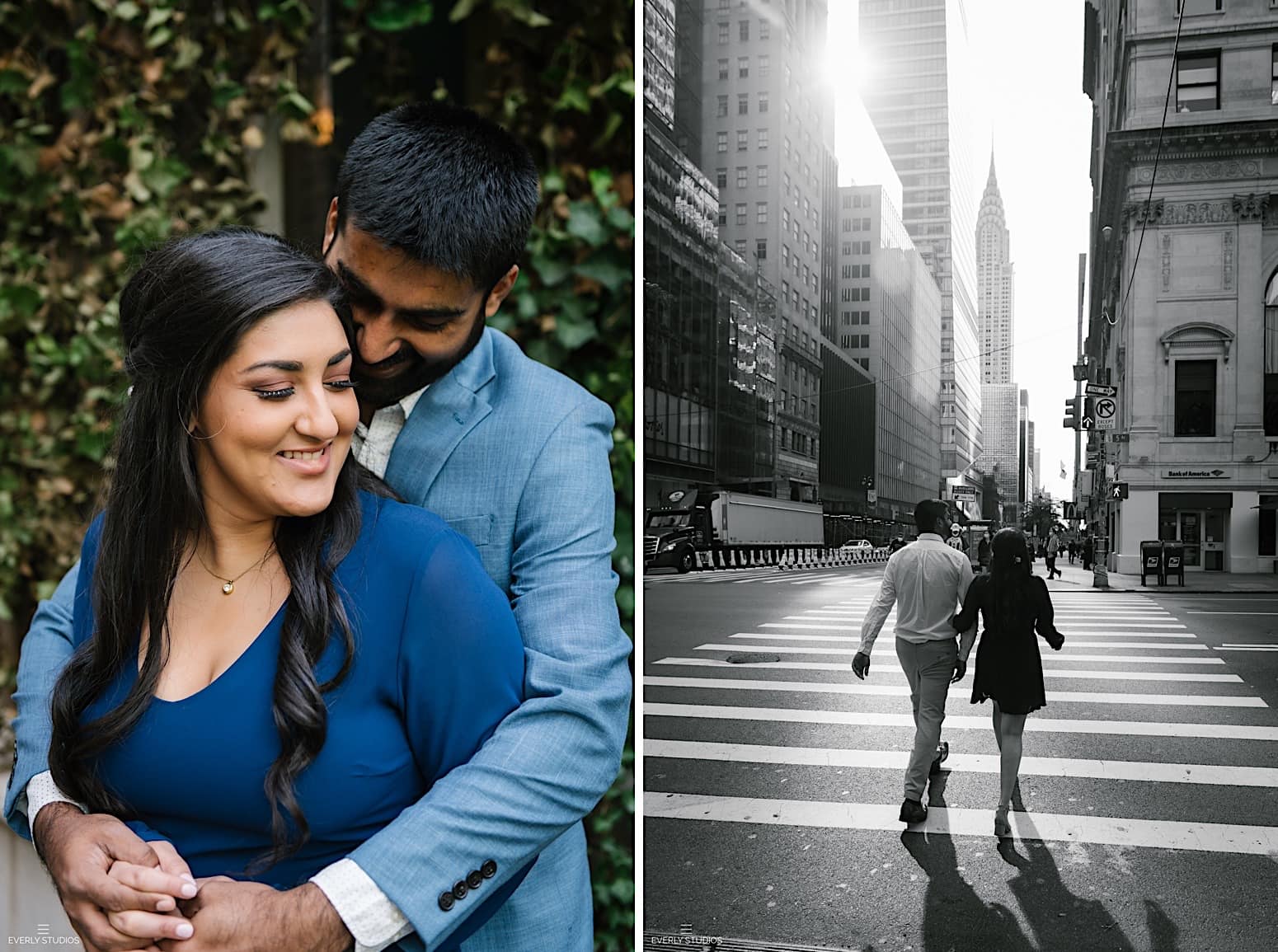