How much New York-ier can you get than Top of the Rock wedding photos?

When UK couple Rebecca and Chris decided to elope in New York, they wanted photos that were distinctly NYC: busy streets, yellow taxicab shots, and the all-important cityscape shot with the Empire State Building. While the viewpoint from street-level is impressive, the view from Top of the Rock is truly unparalleled.

I met the pair at the Manhattan Marriage Bureau for a simple, unfussy City Hall ceremony. Afterward was the main event: we jumped on the subway and arrived at 30 Rockefeller Plaza in a flash. After making our way up 66 flights in the queue, we emerged in the late afternoon sunlight, 850 feet in the air.

And the views? Definitely NYC, and definitely worth it. You can see for miles, and it’s a vantage point that’s unlike anywhere else. We happened to go during a dead period in the afternoon, too, which was just the cherry on top. Photos of you, the skyline, and nothing else around. Million dollar view? Yeah, I’d say so. 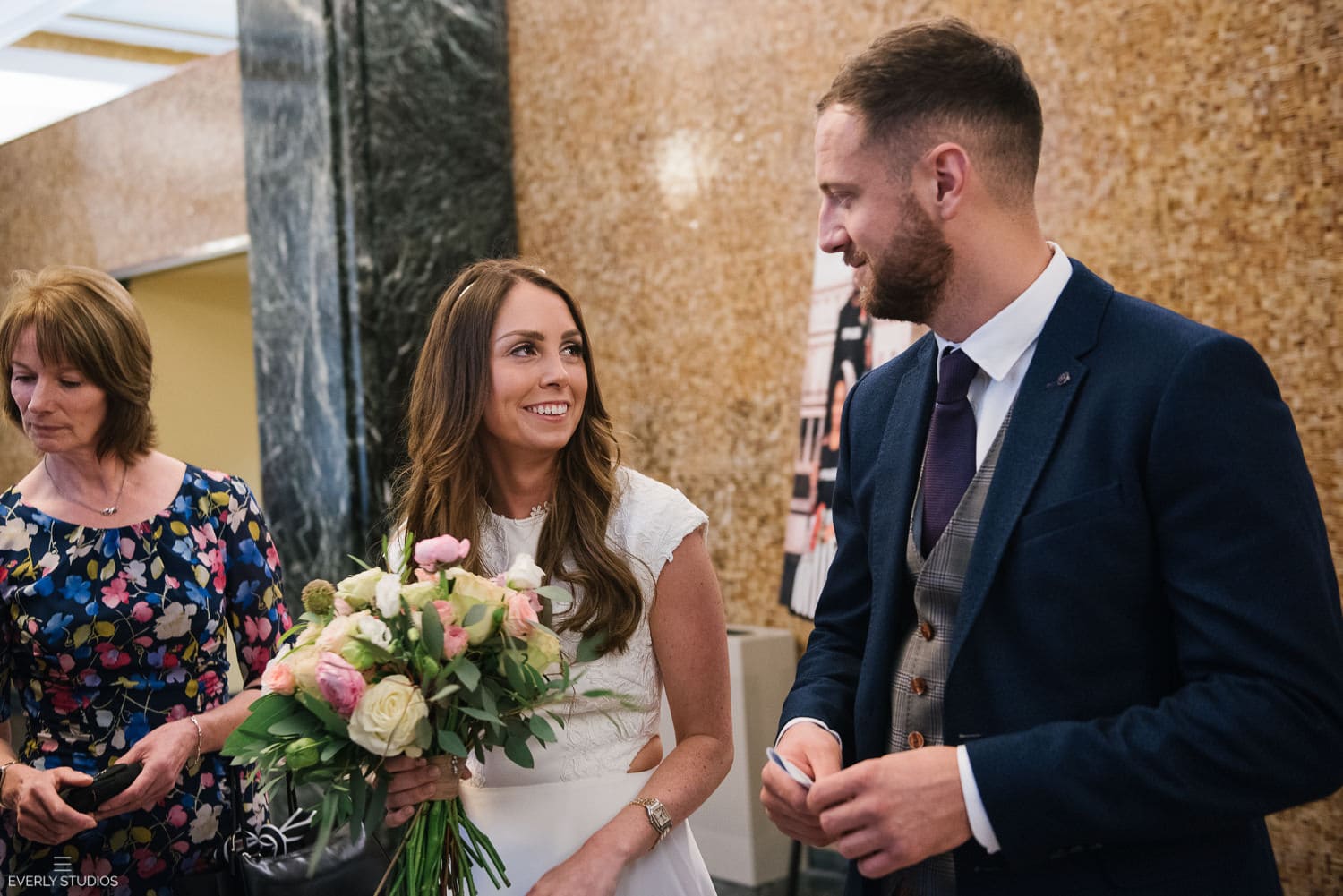 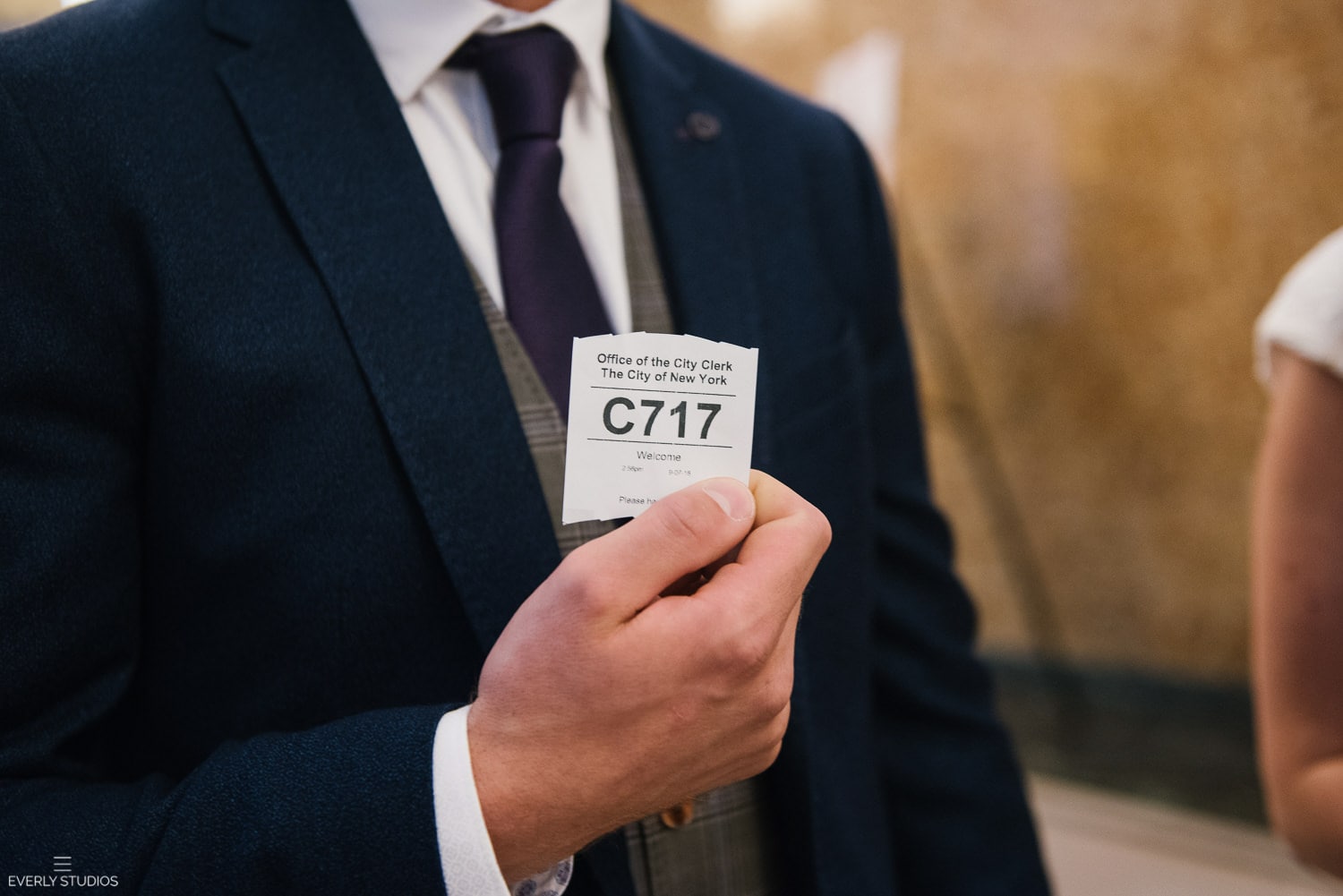 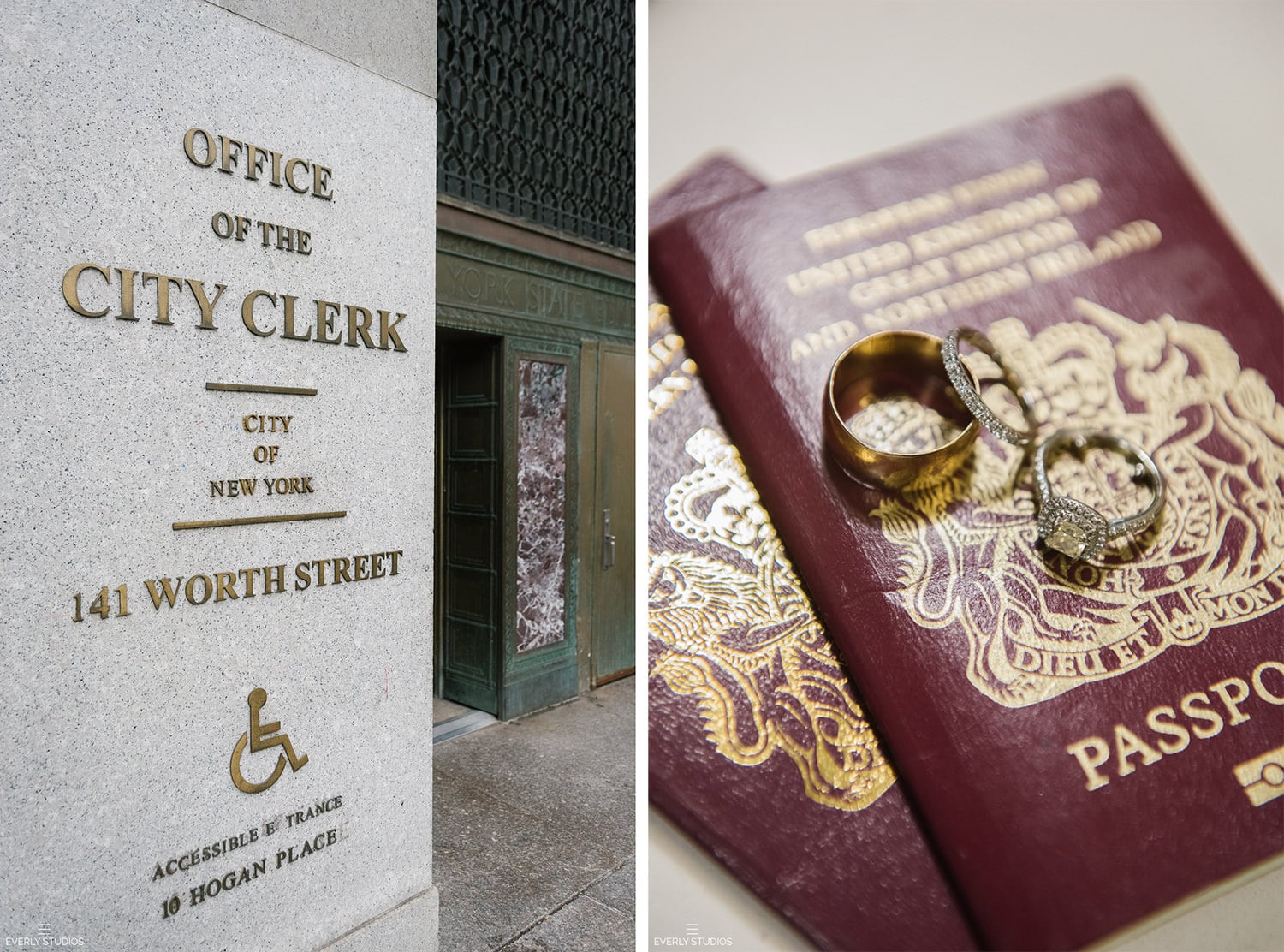 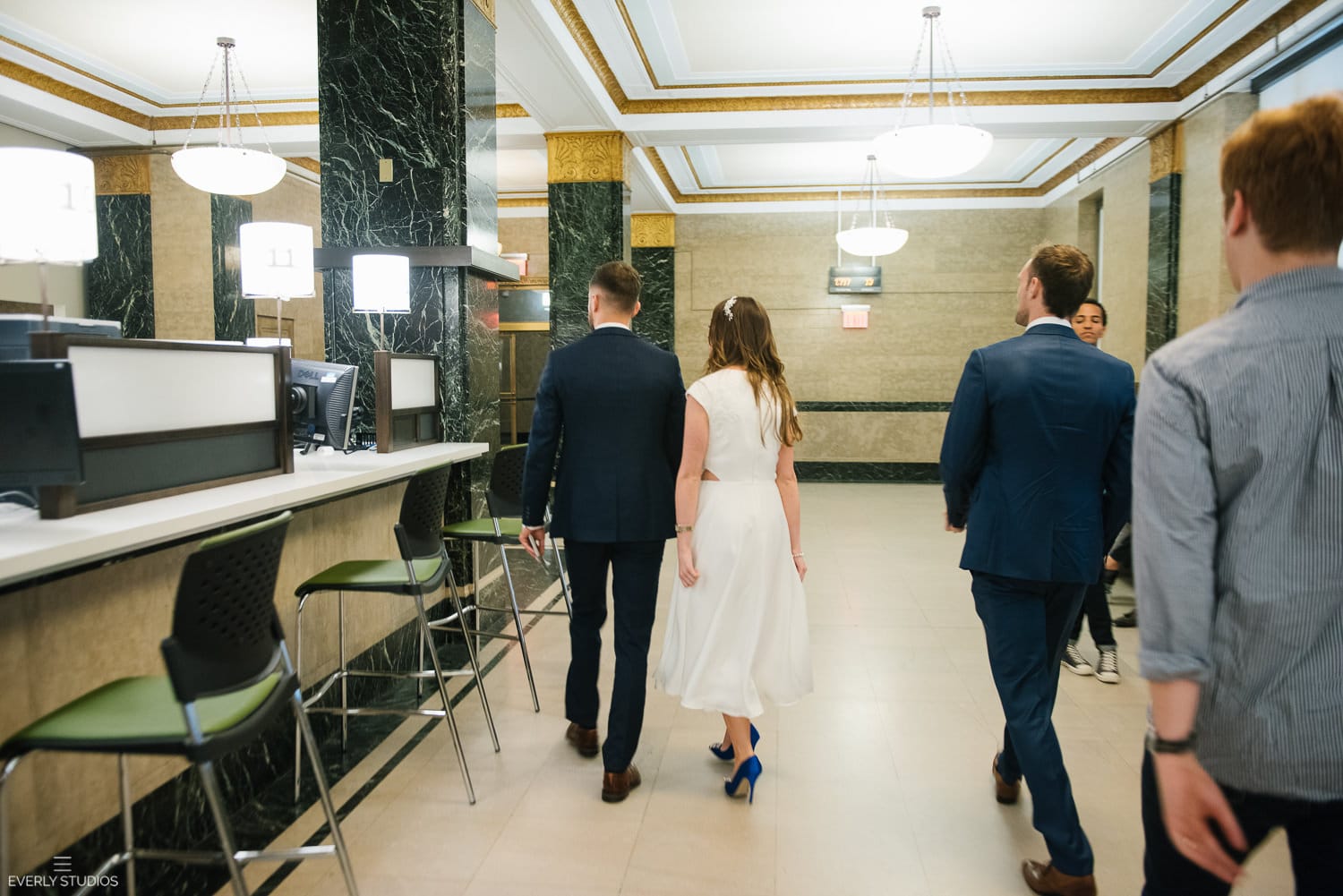 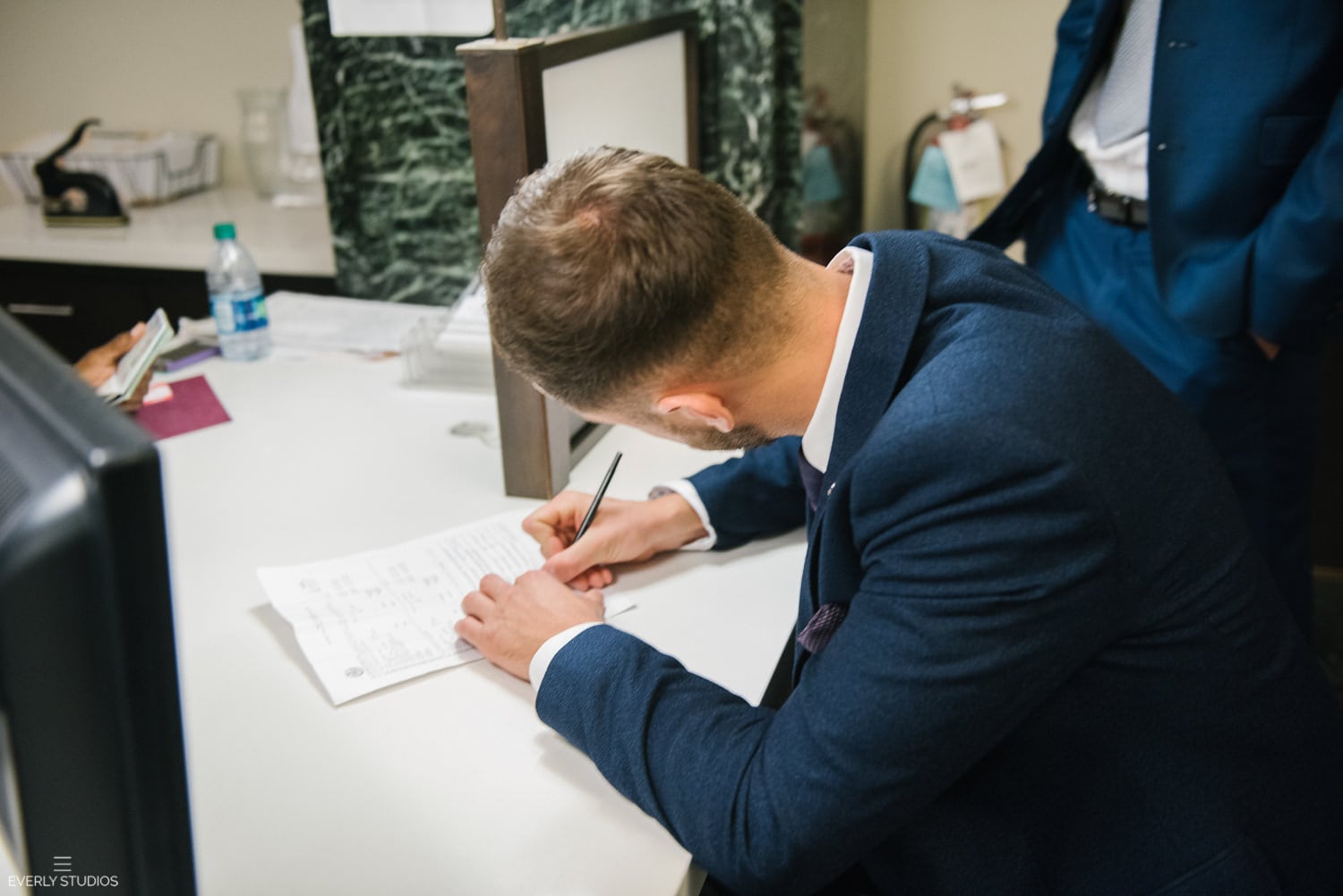 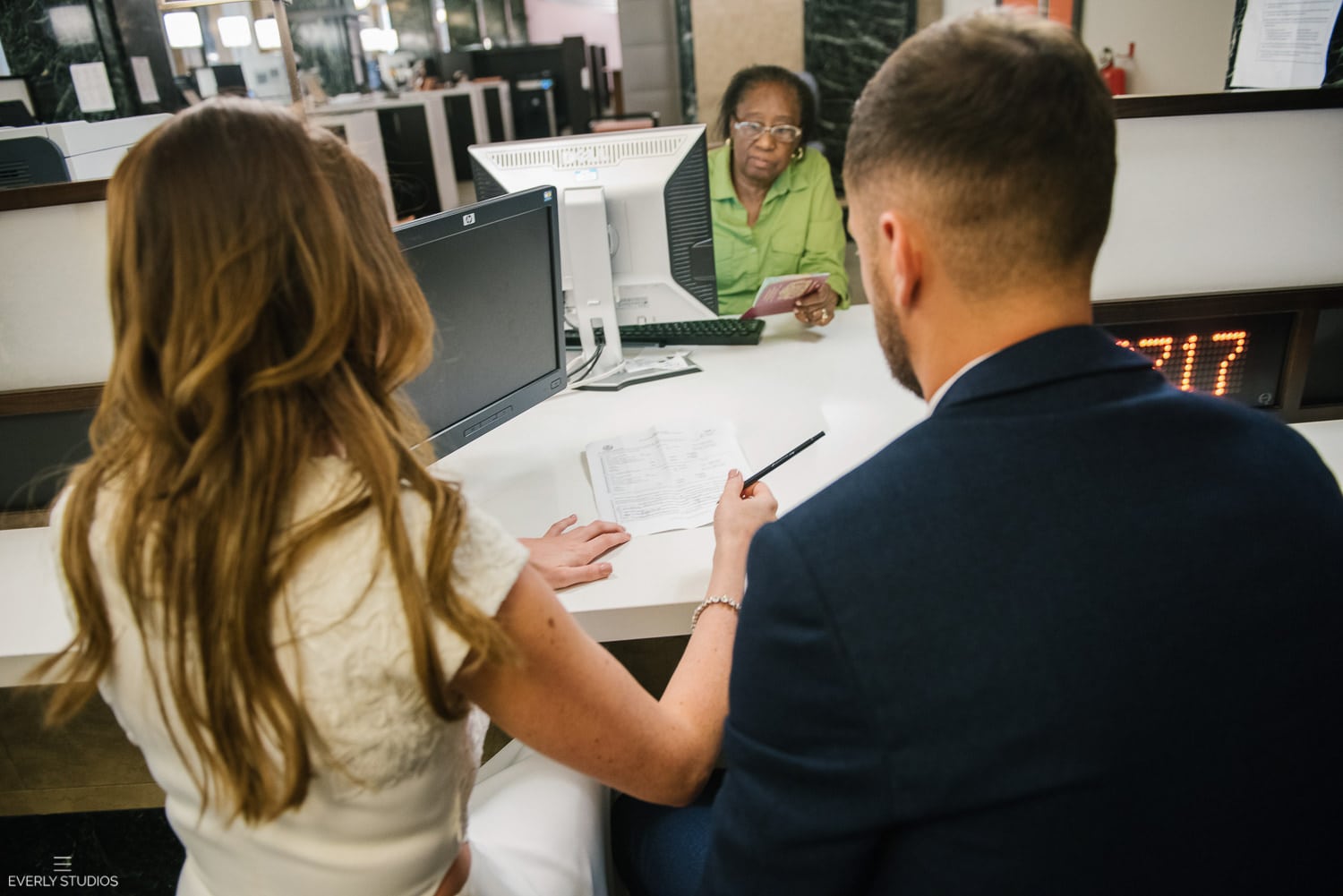 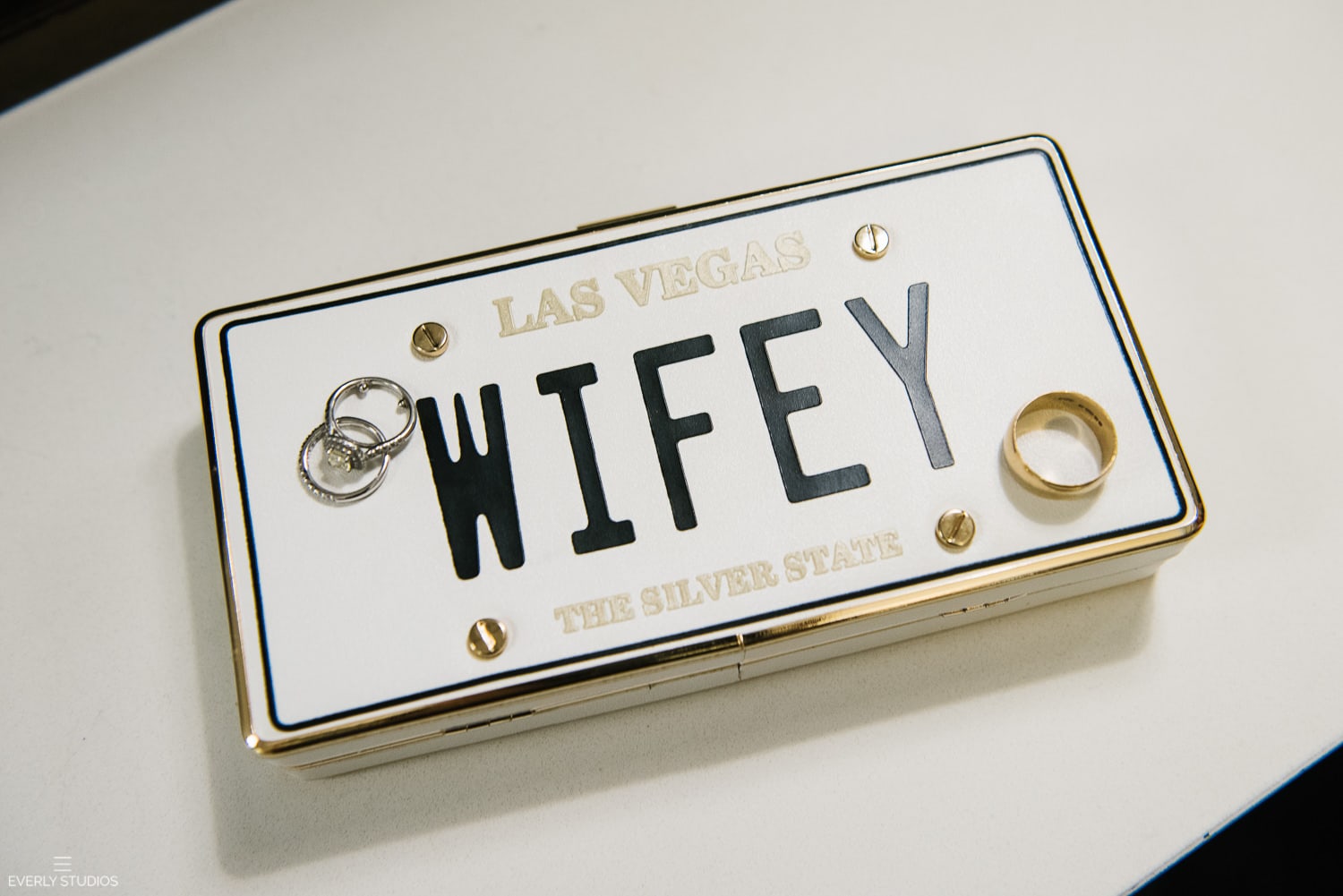 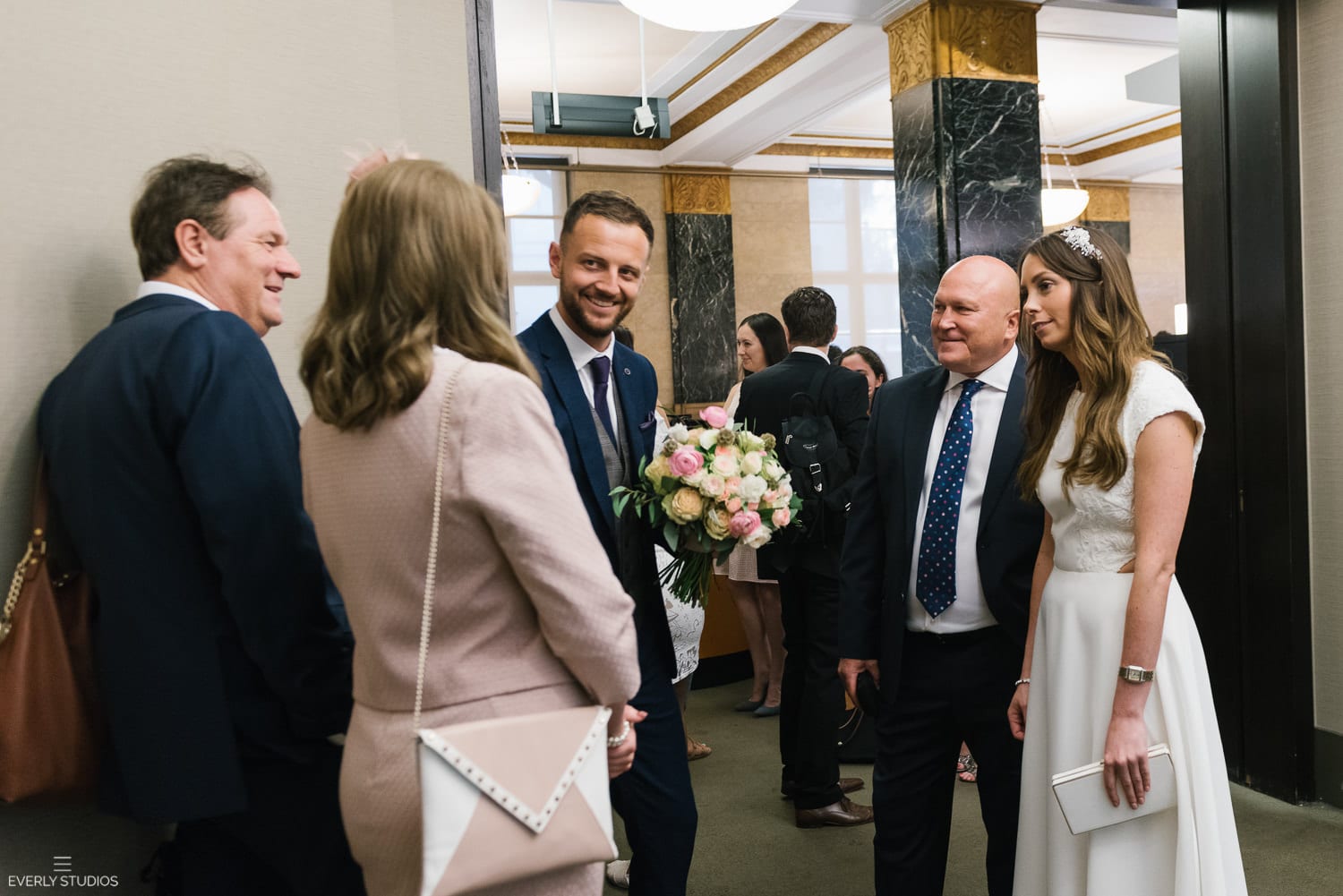 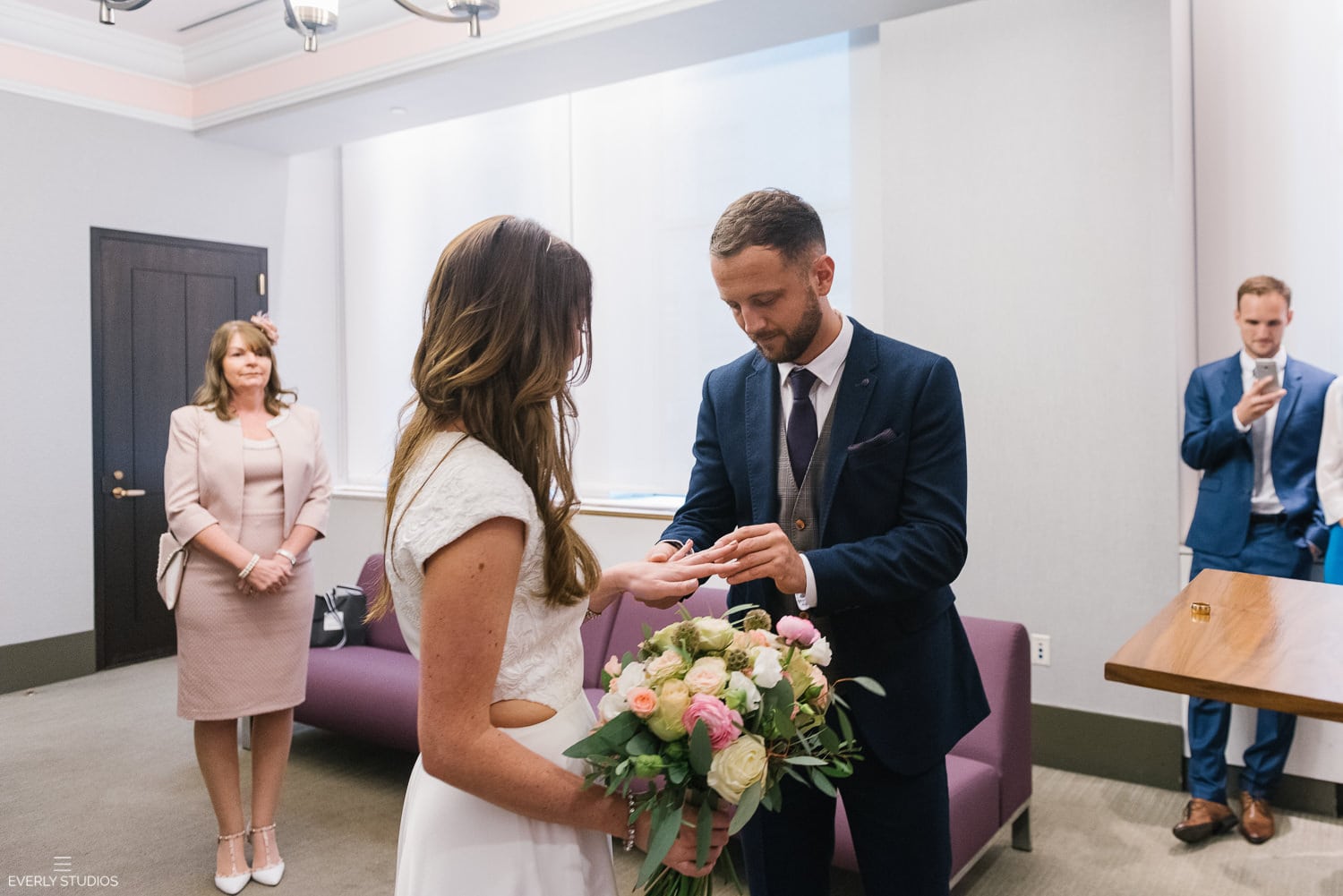 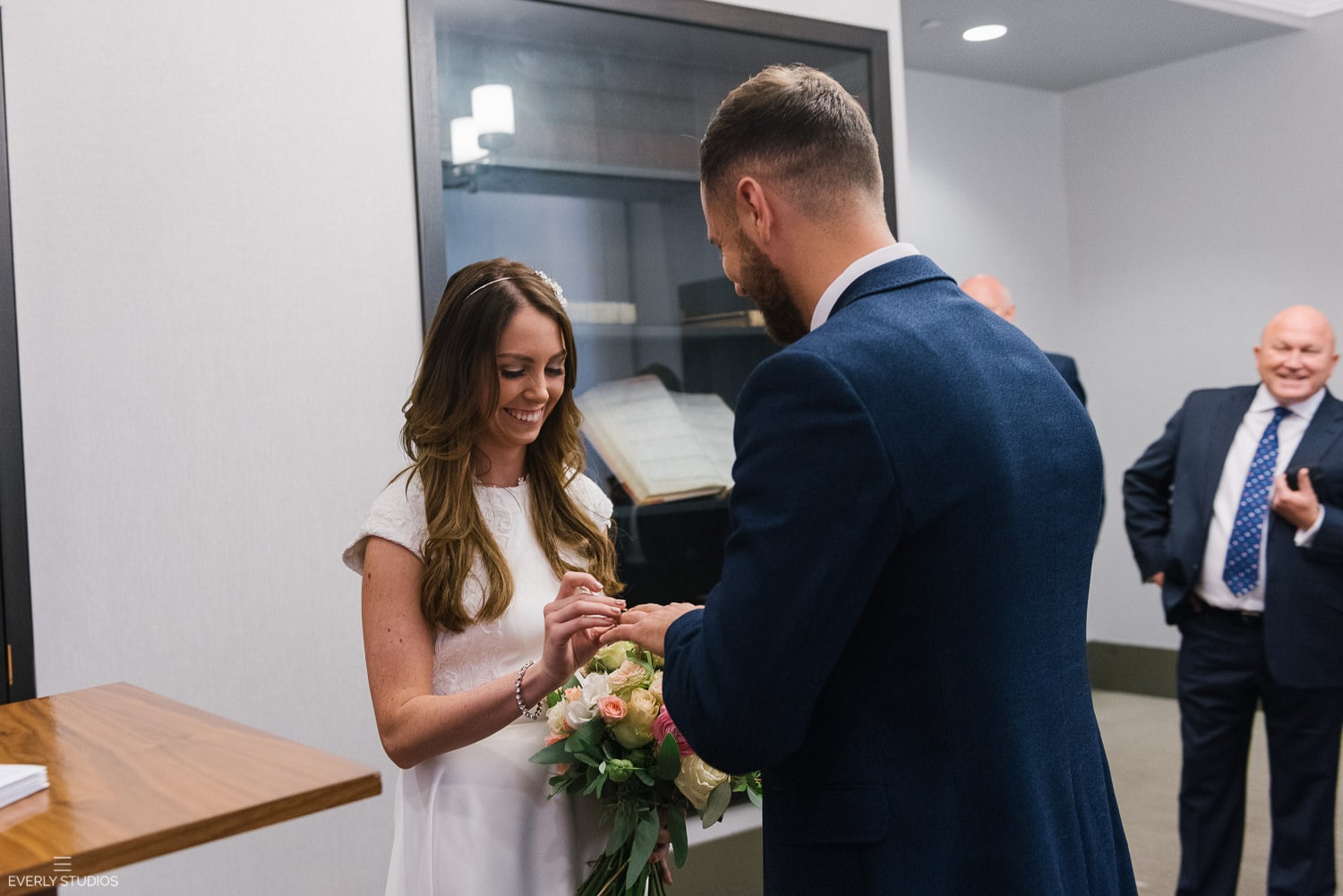 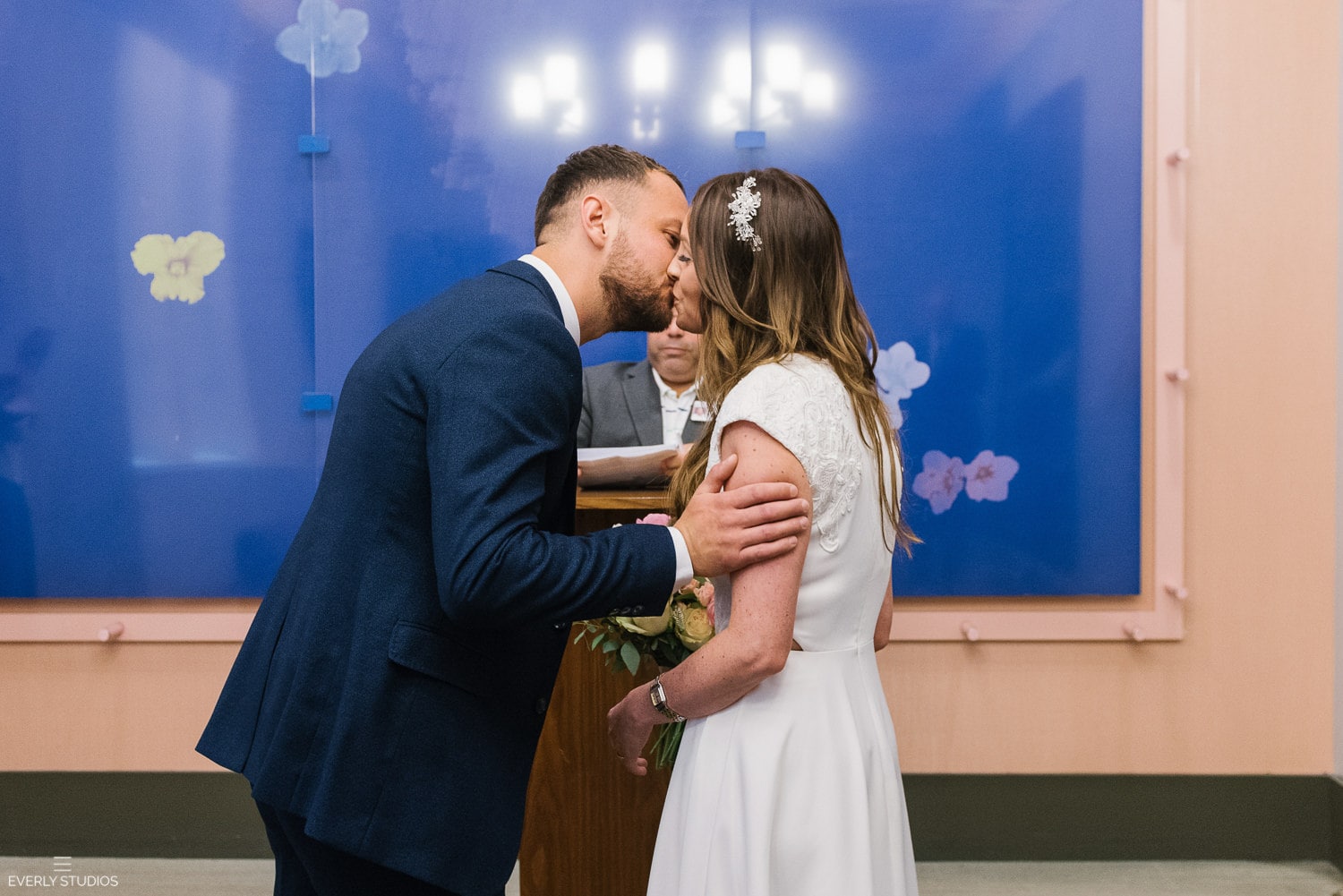 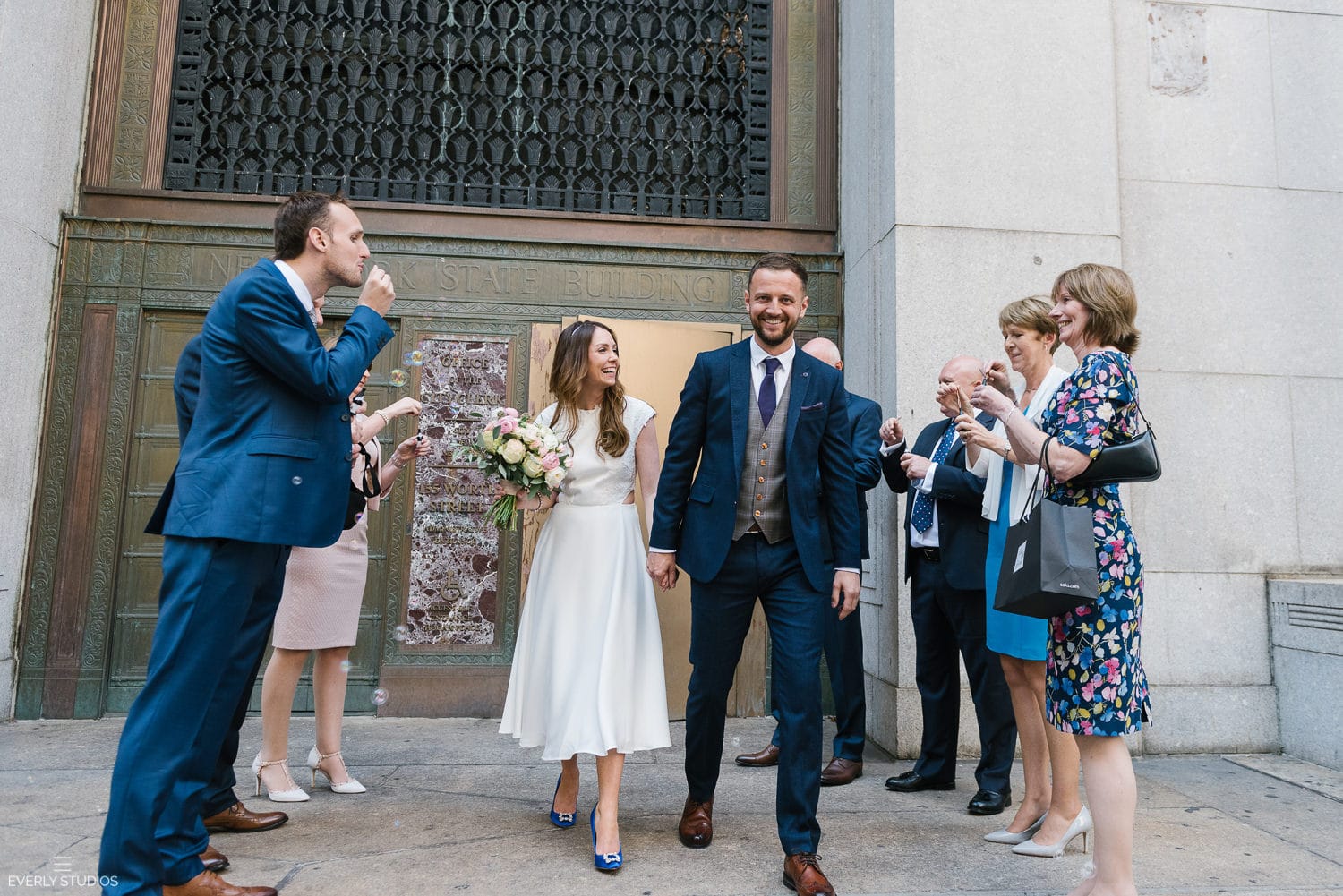 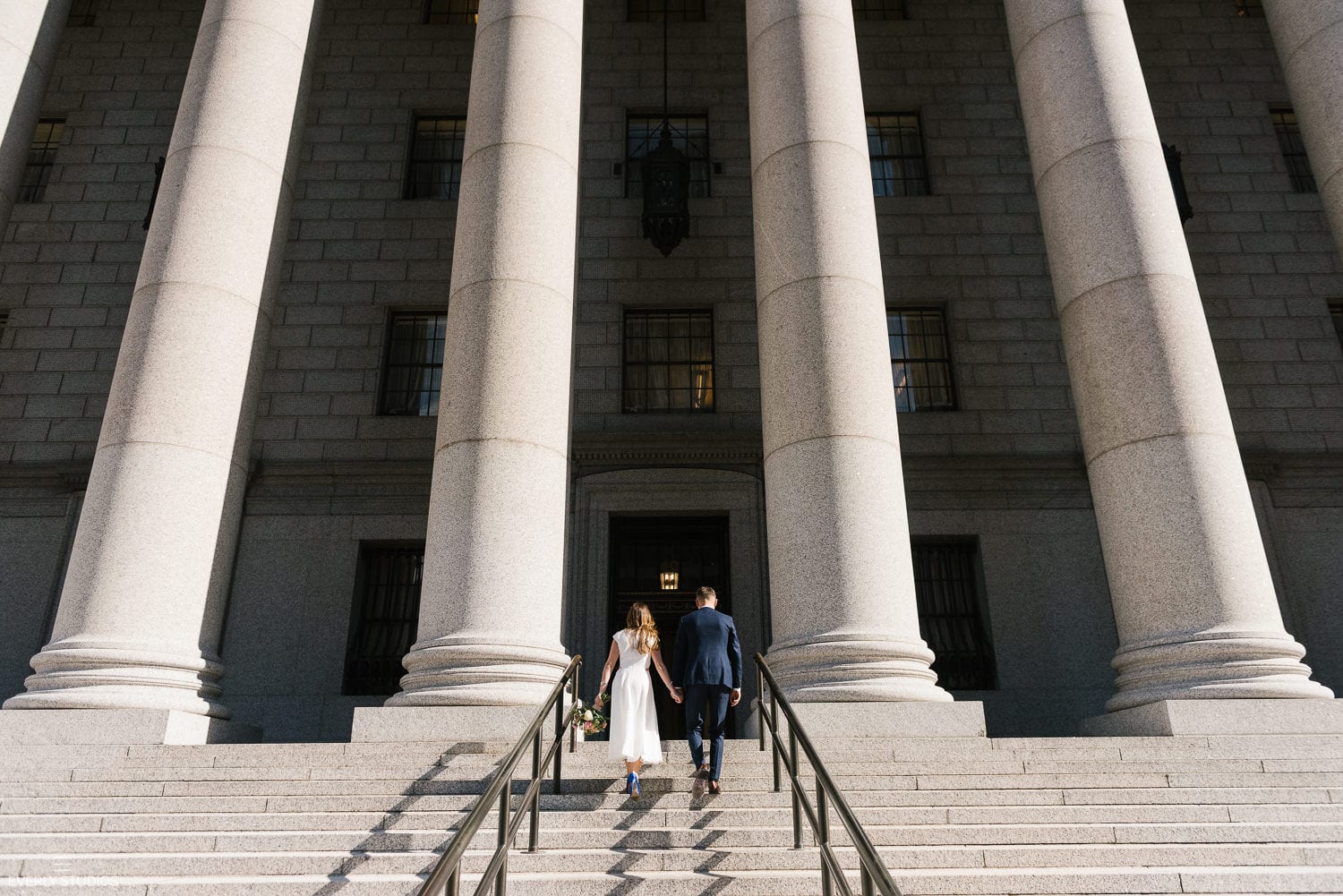 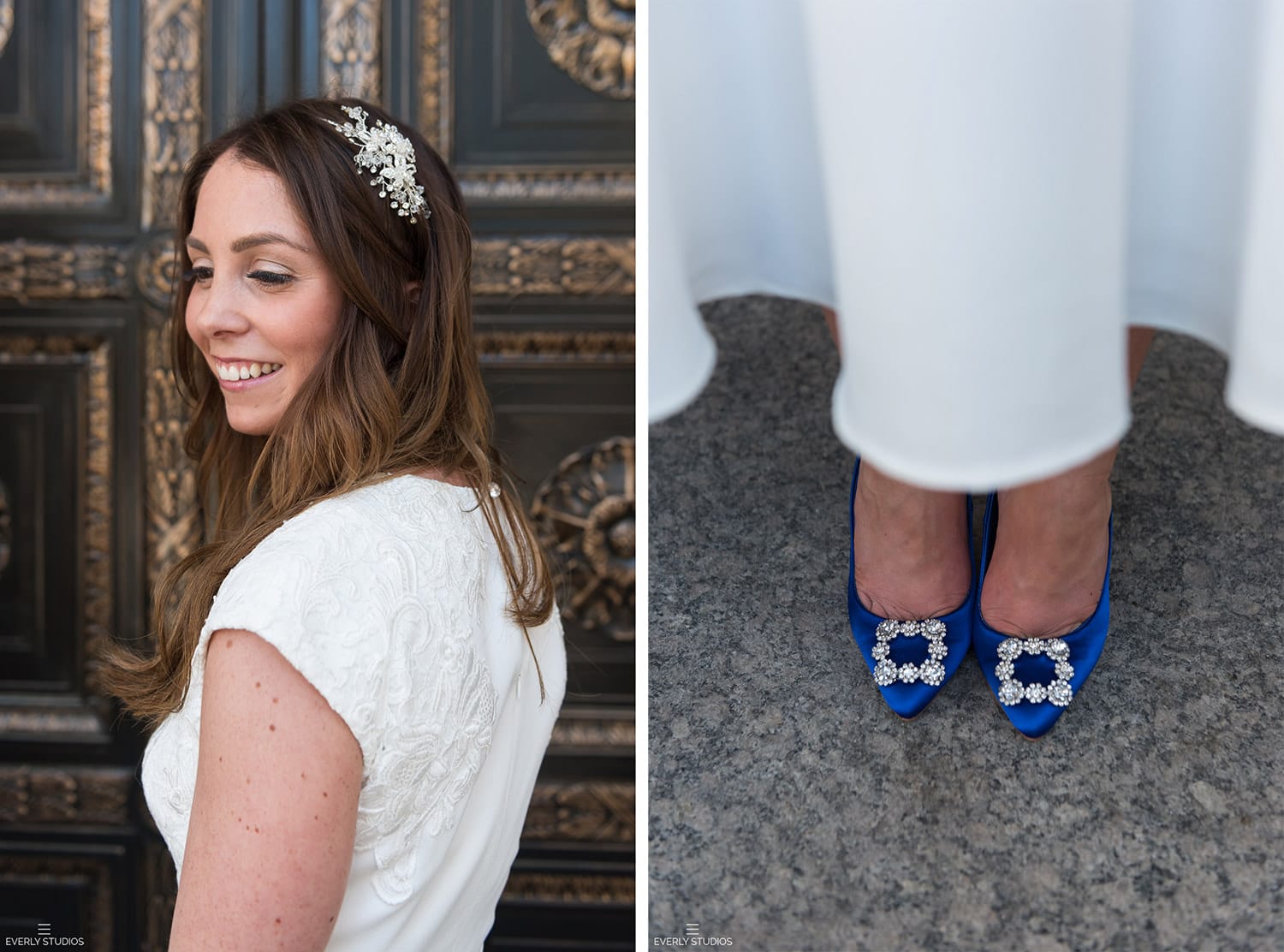 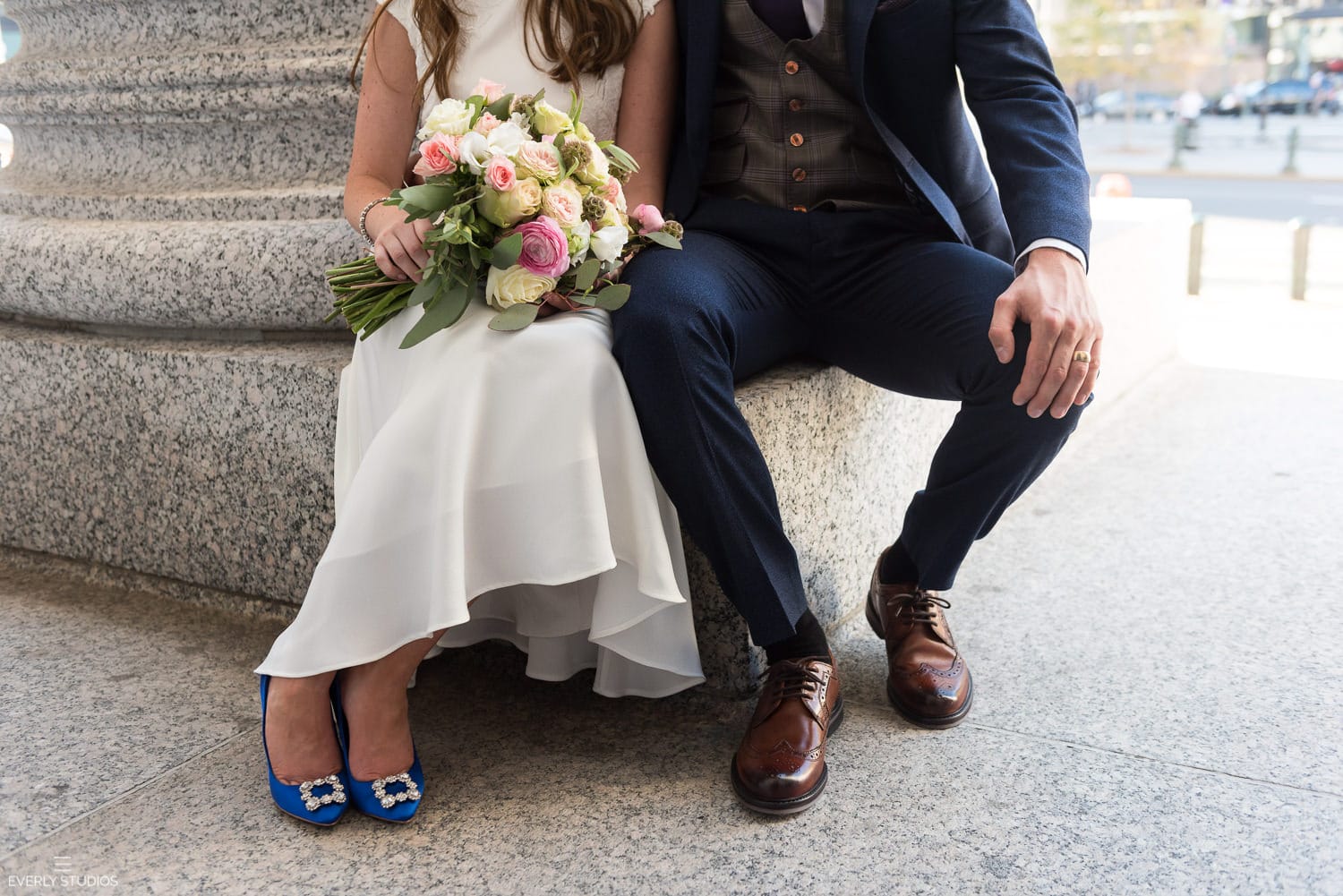 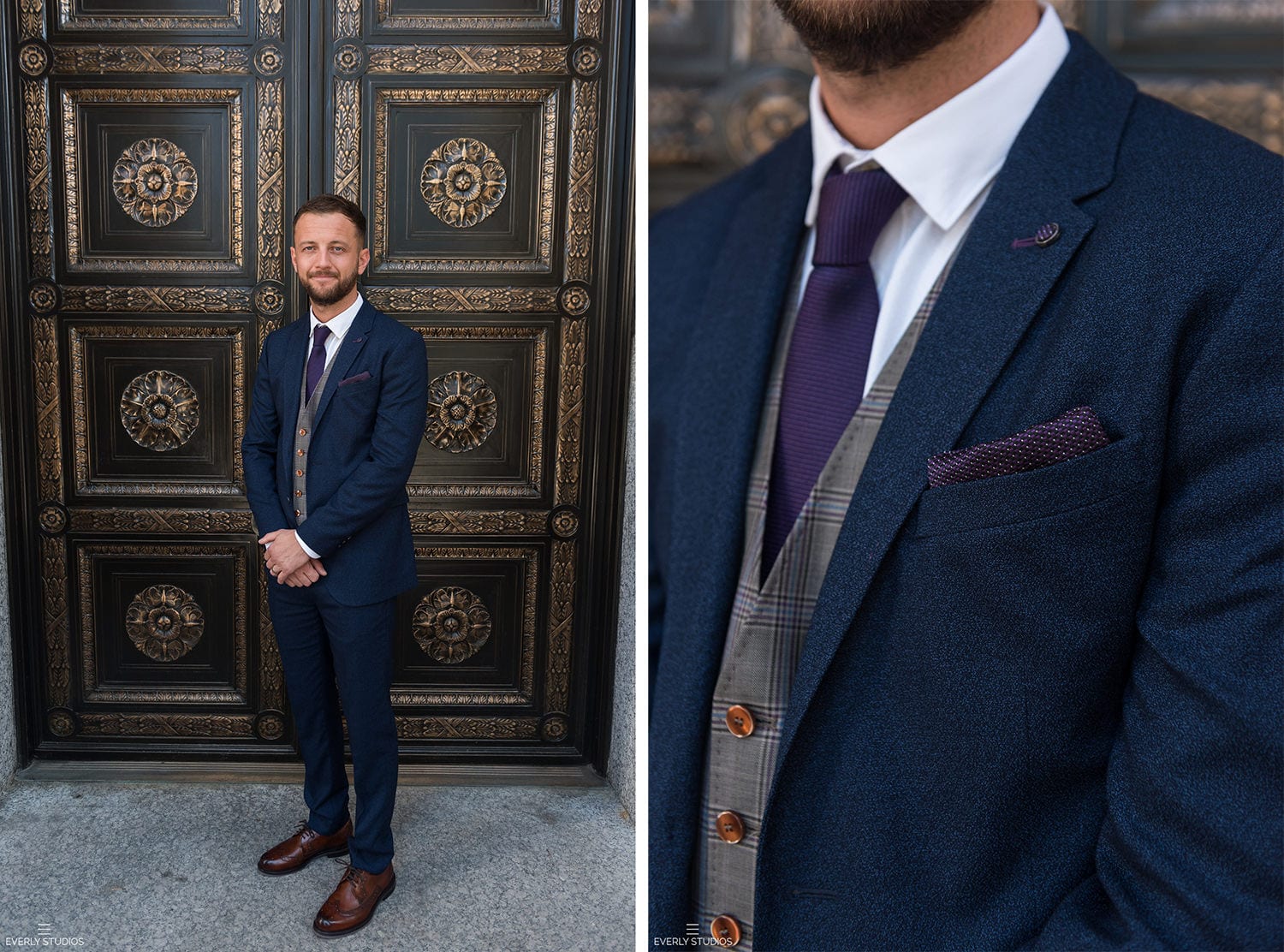 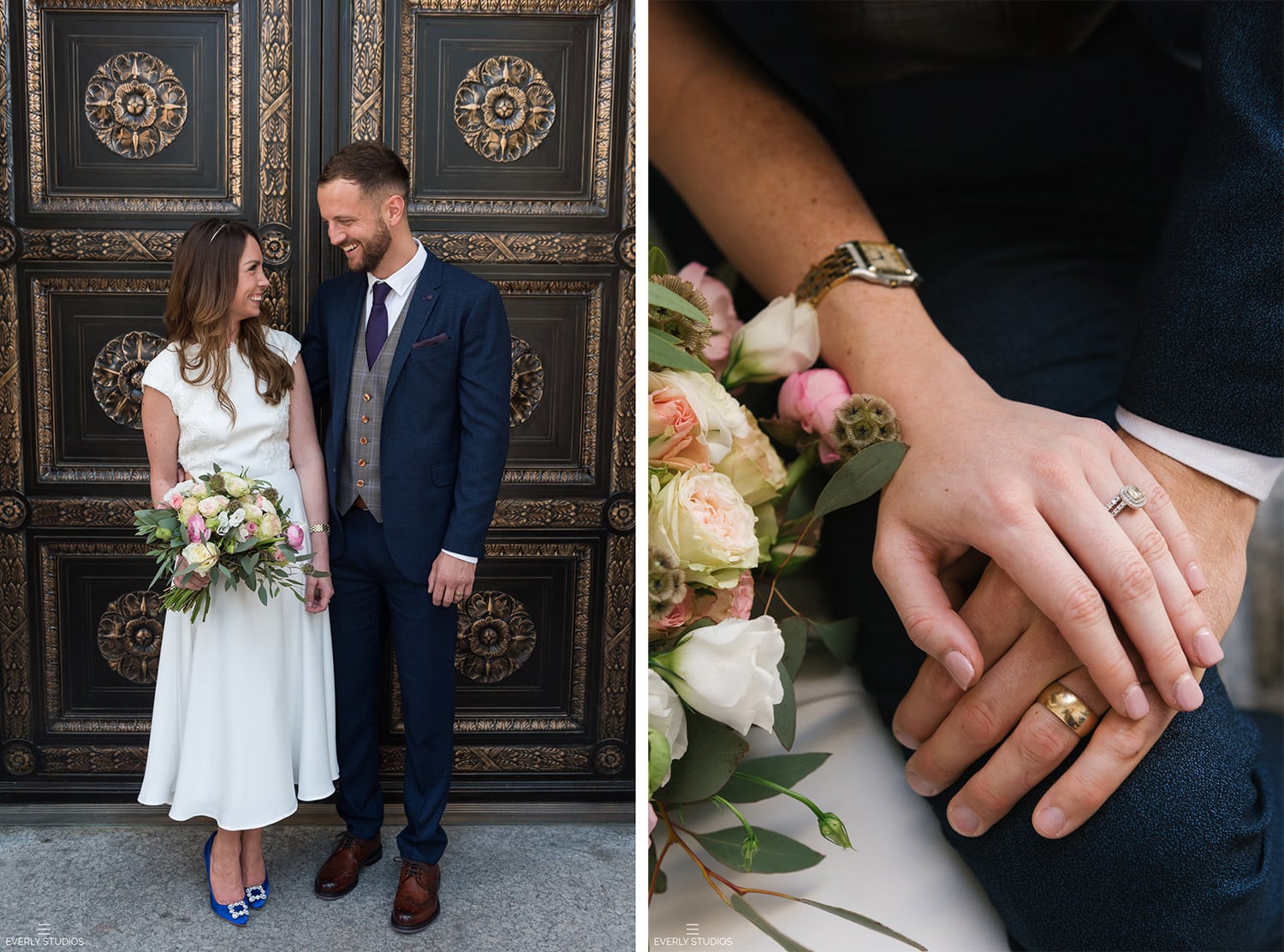 Top of the Rock Wedding Photos 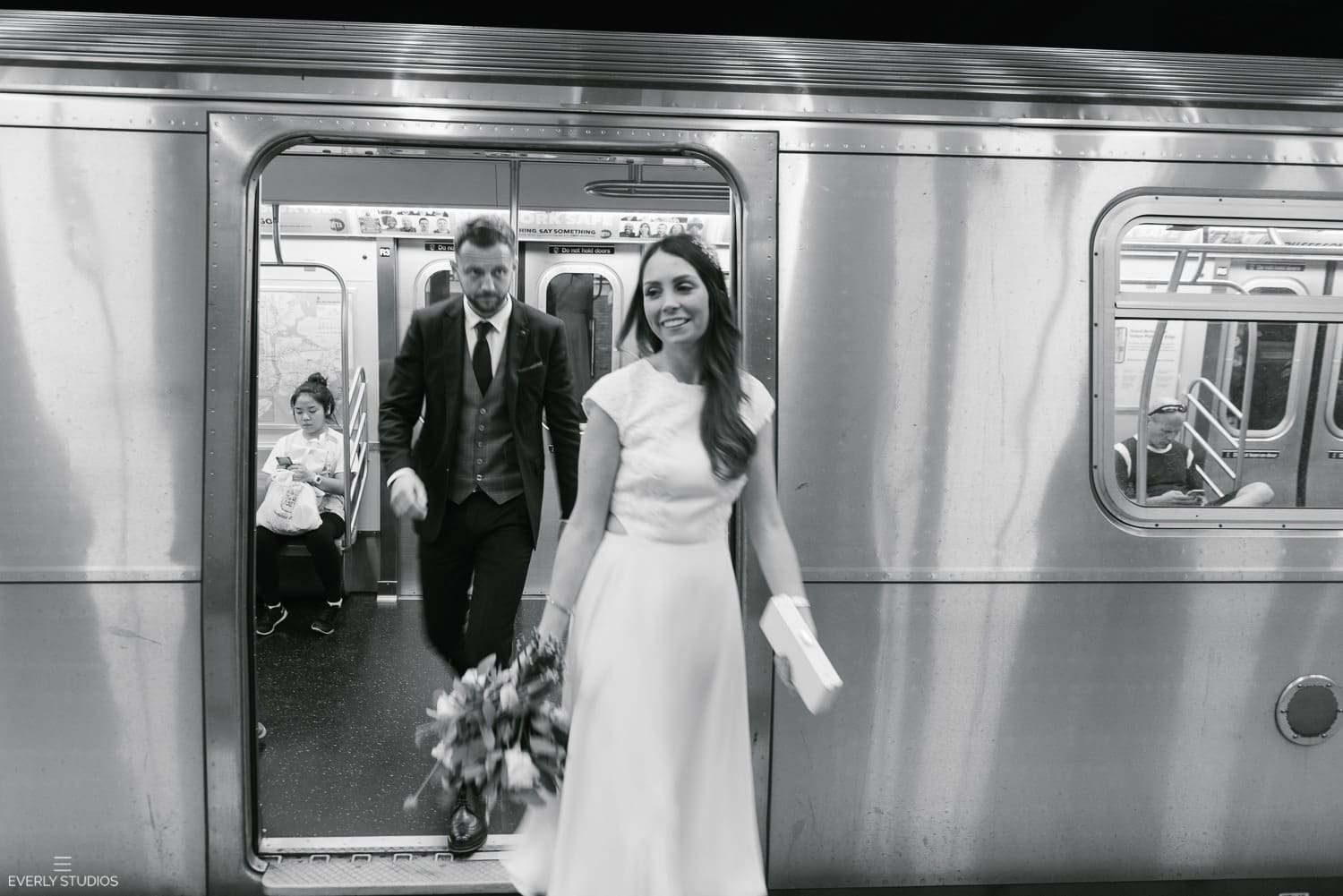 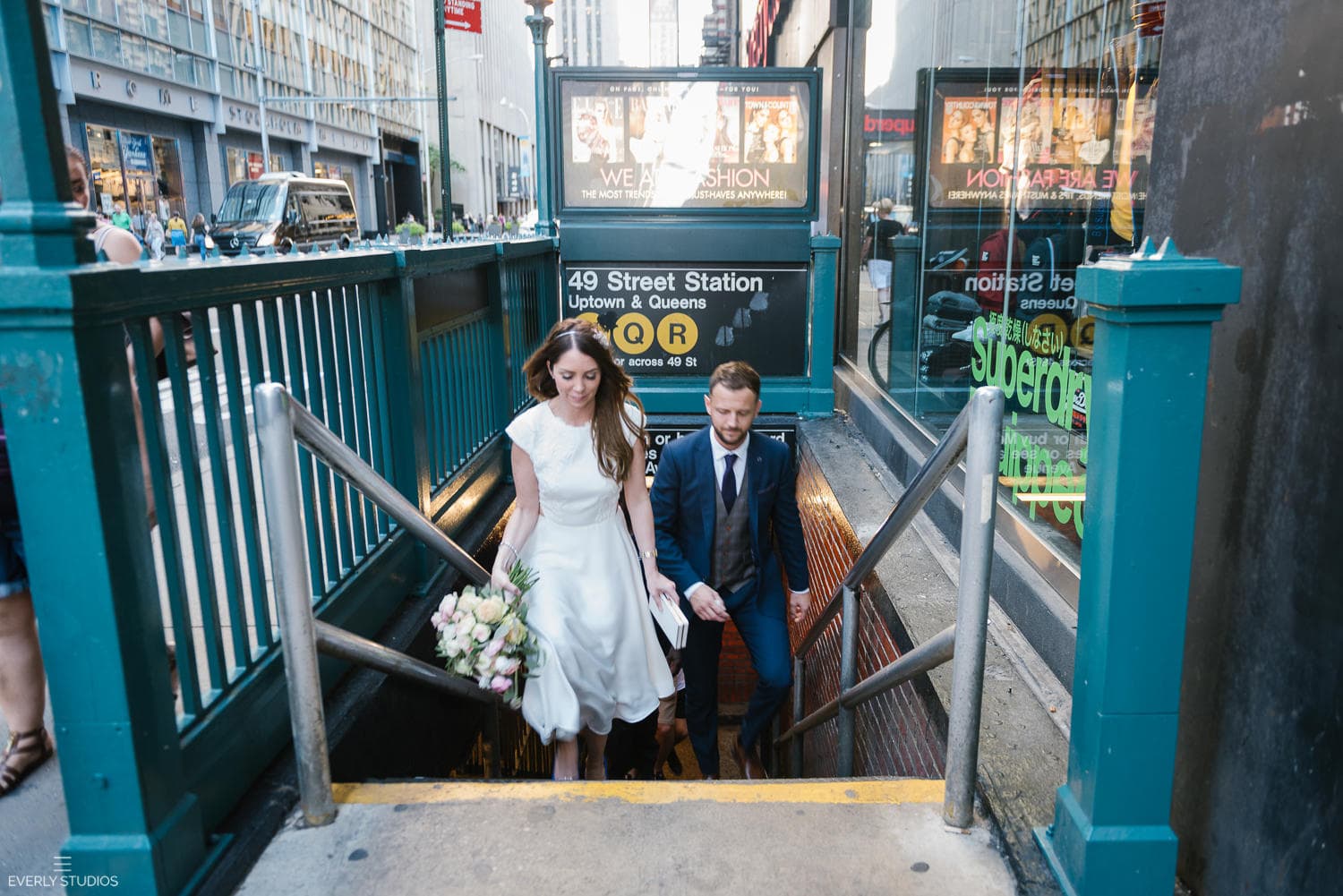 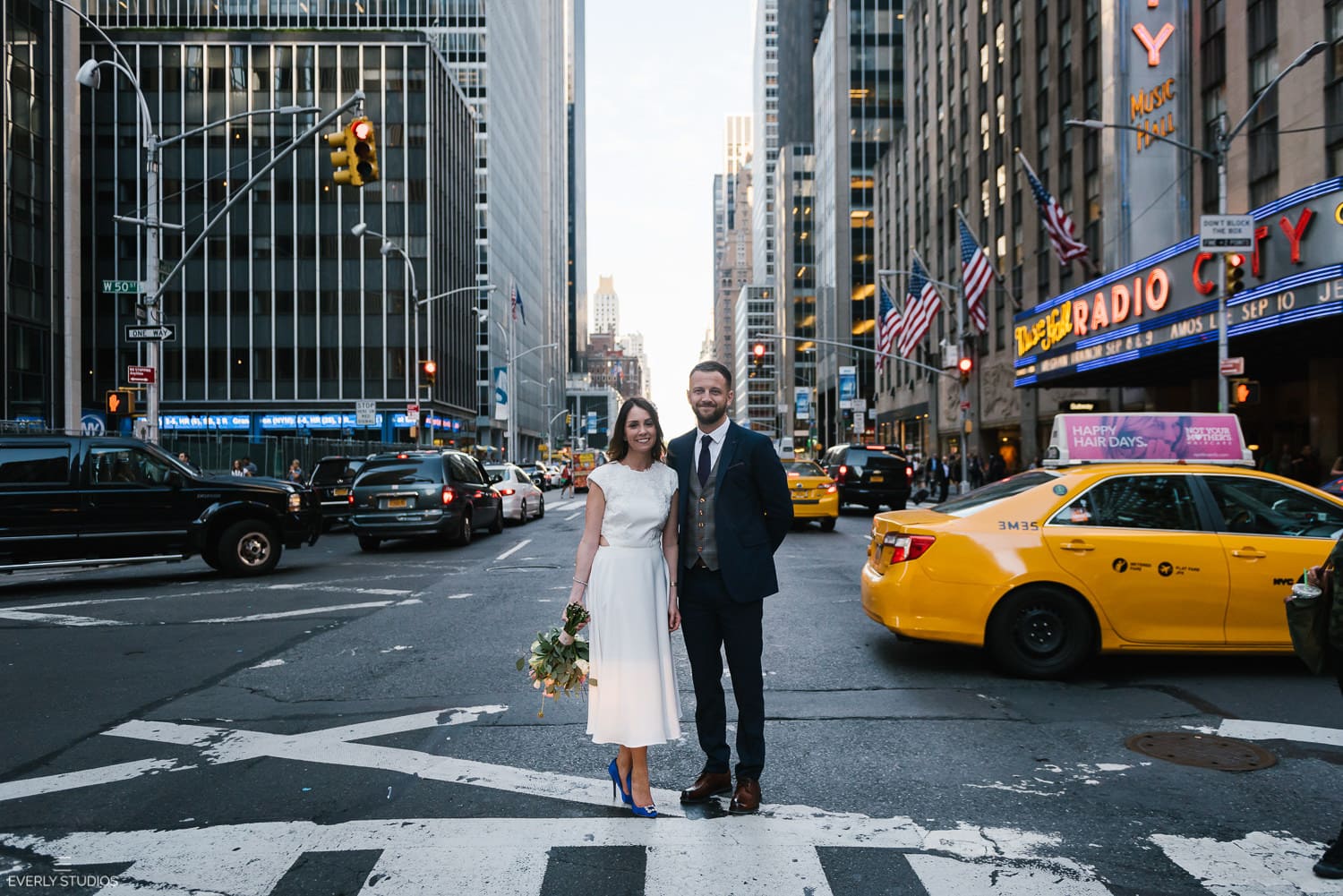 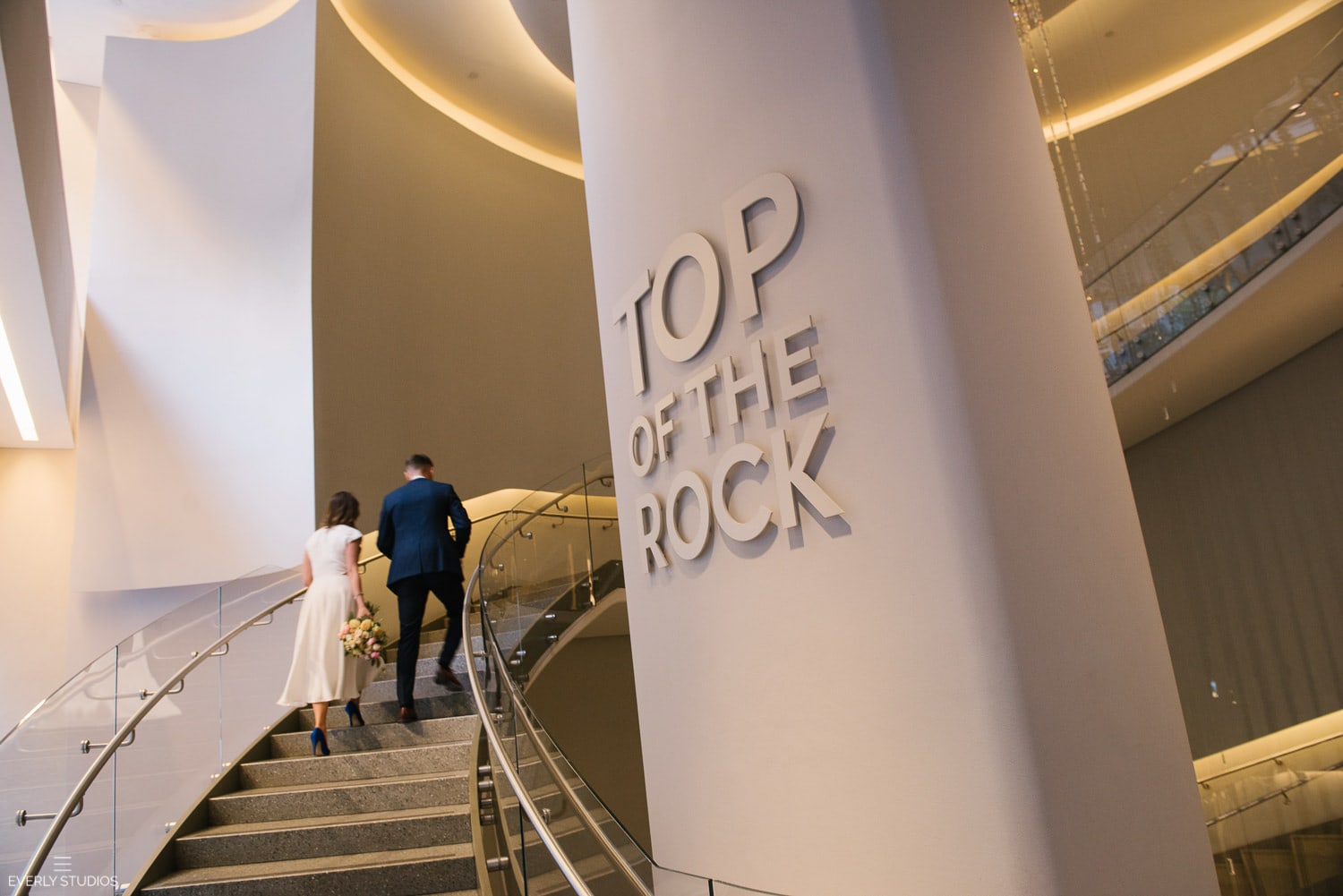 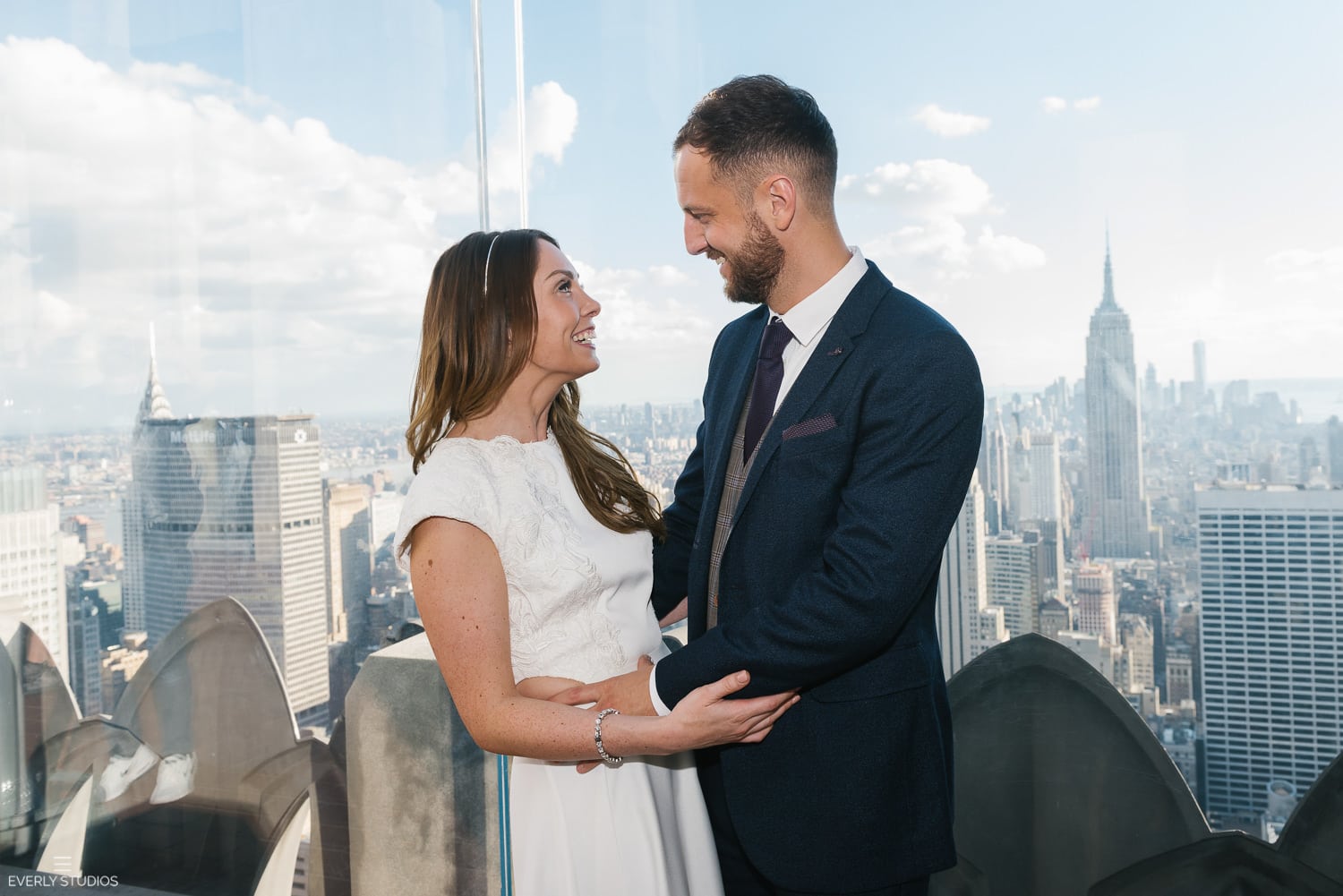 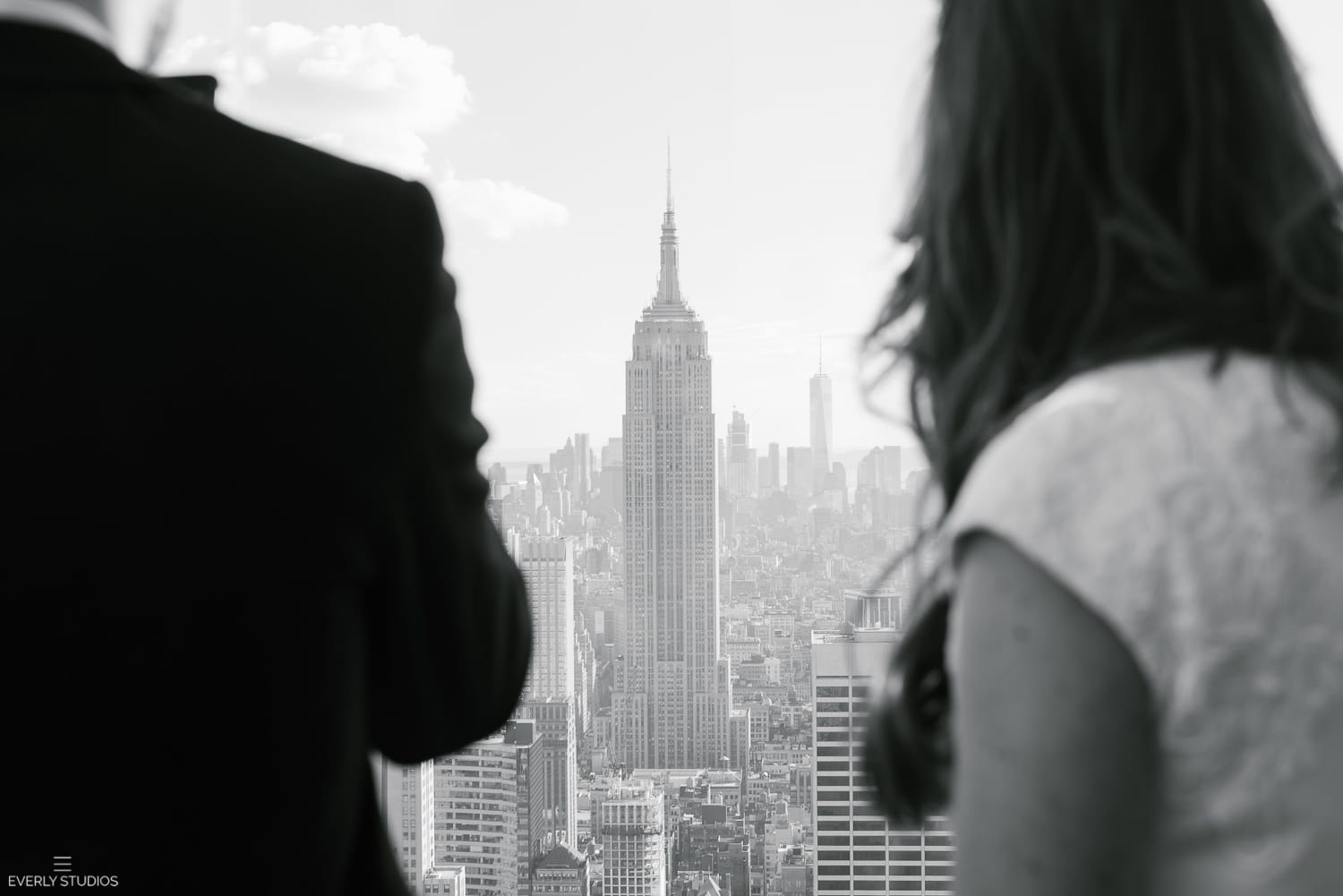 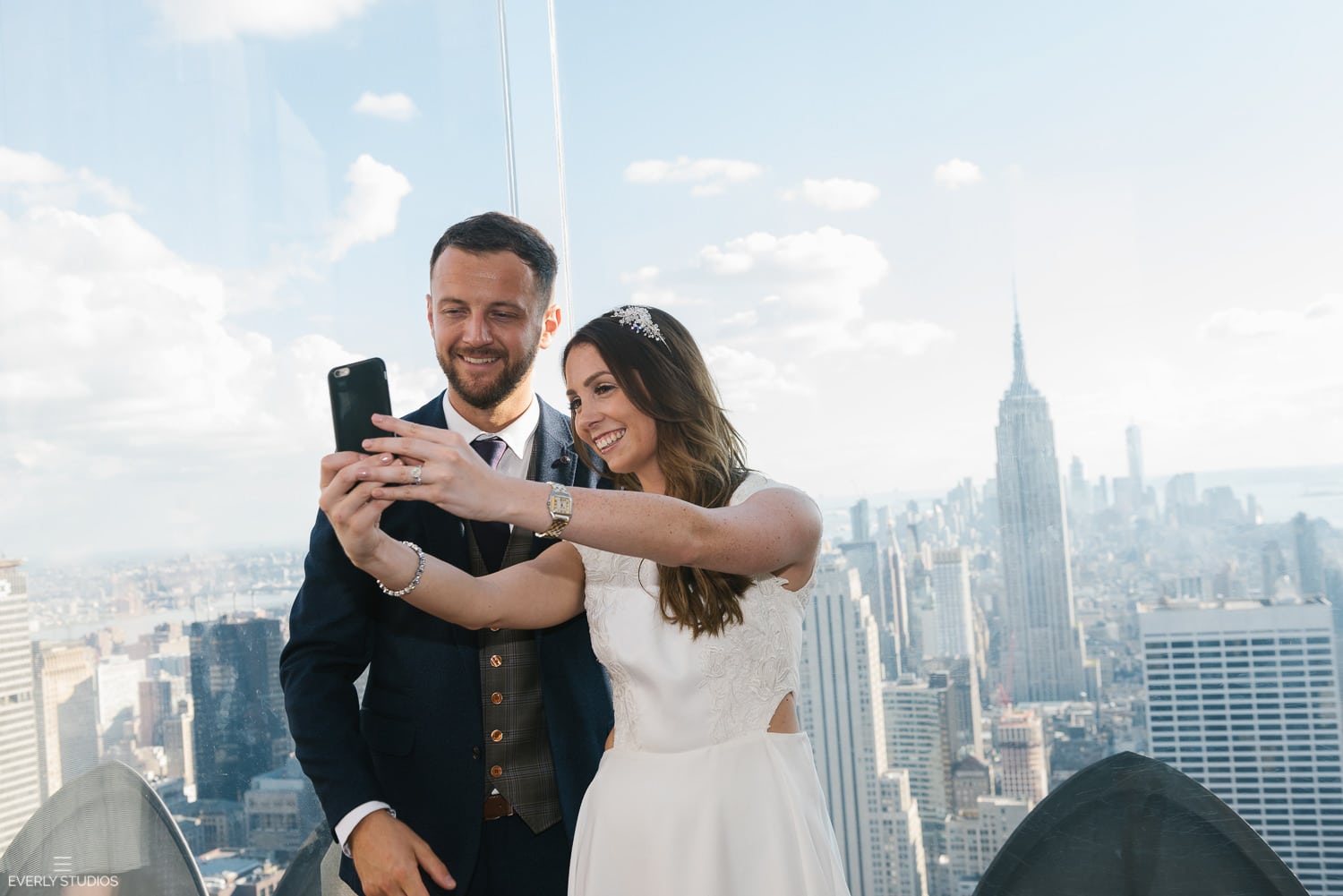 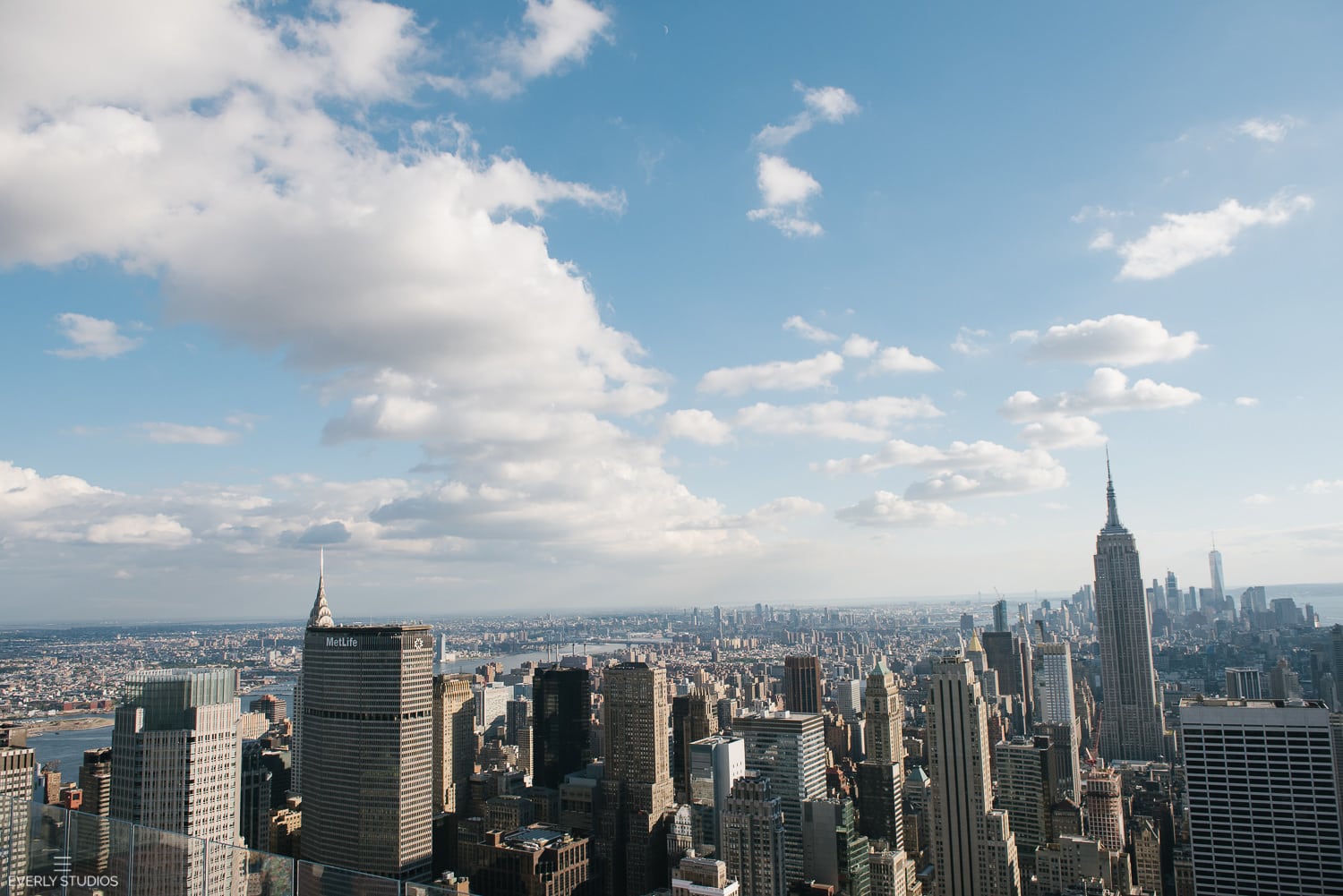 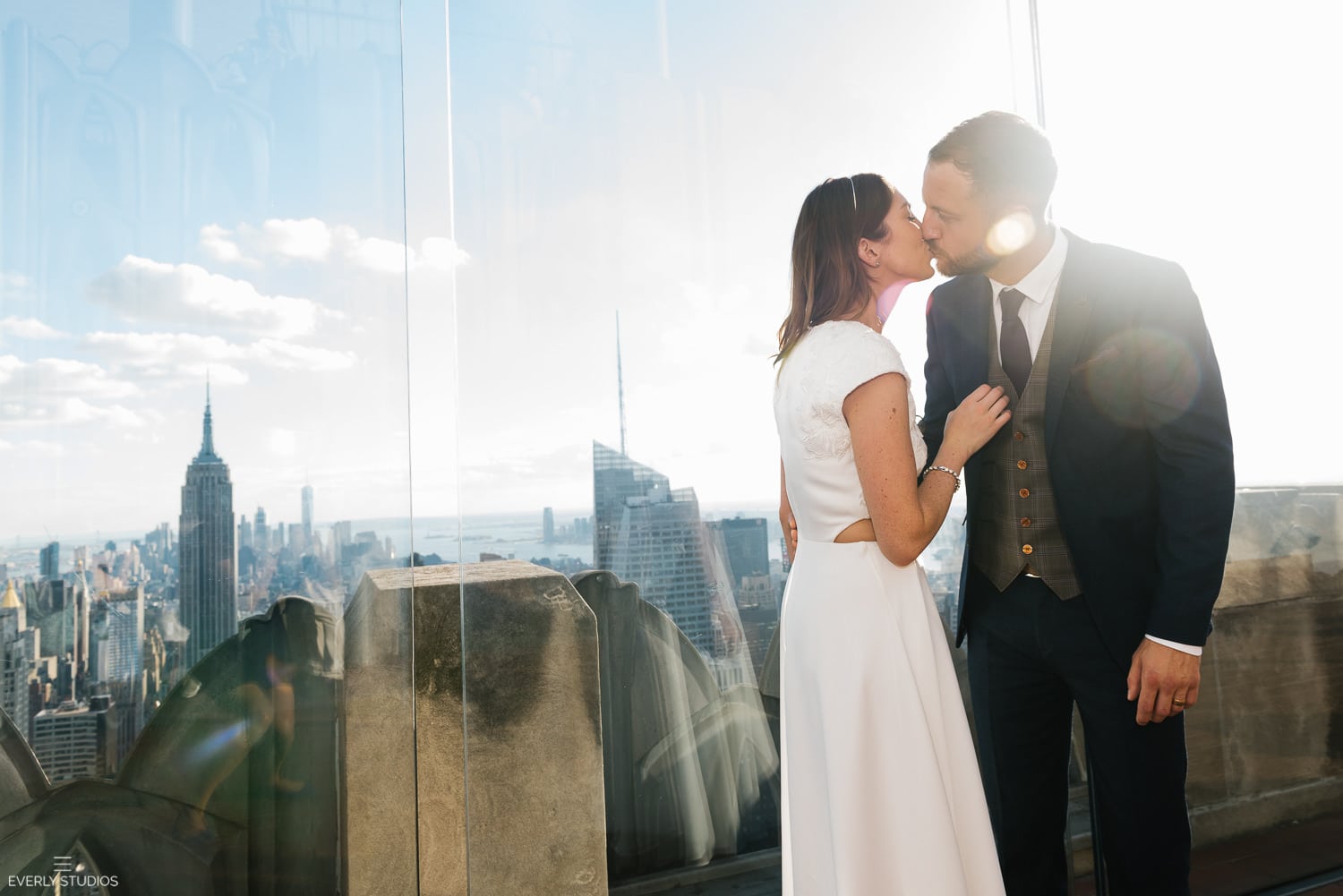 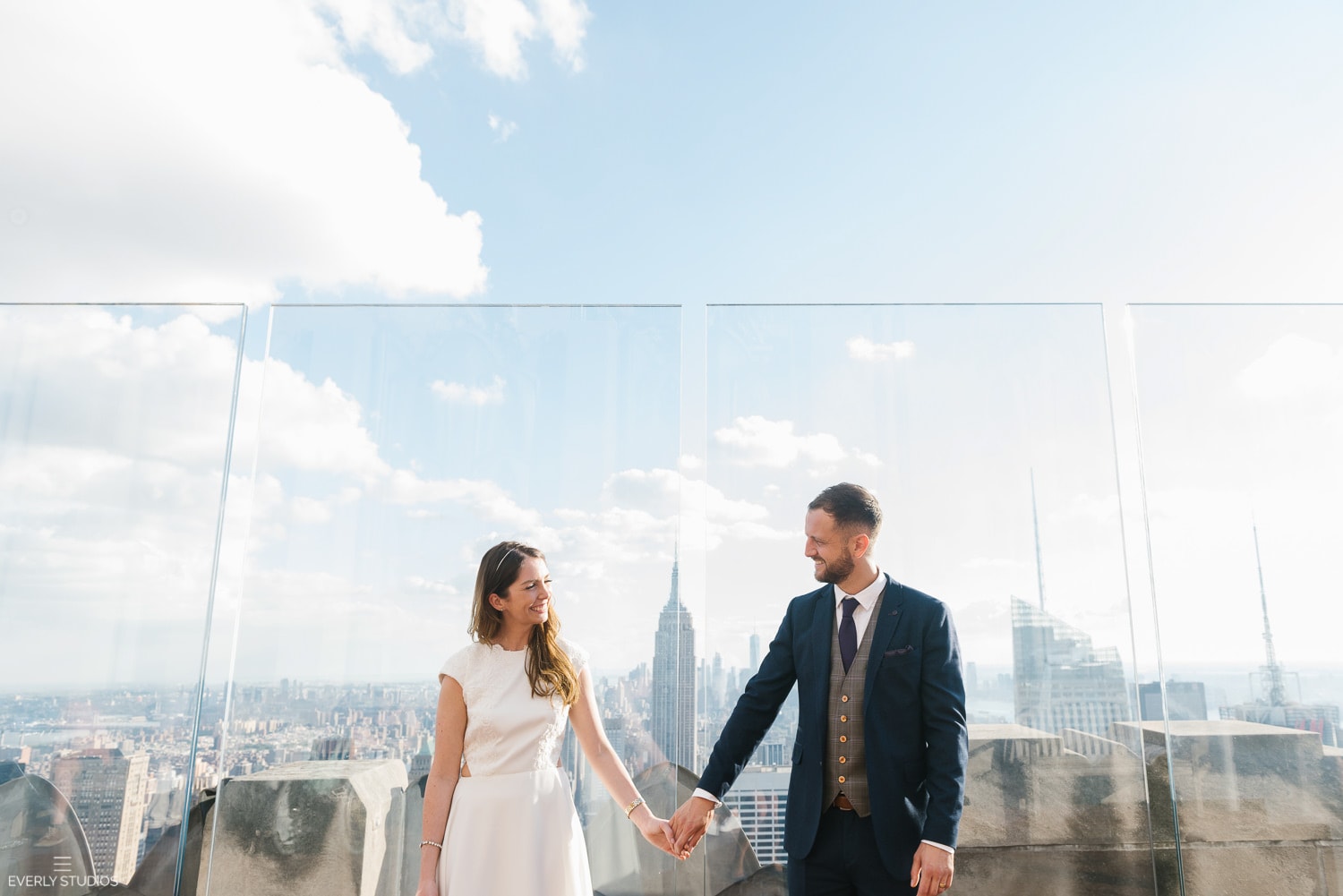 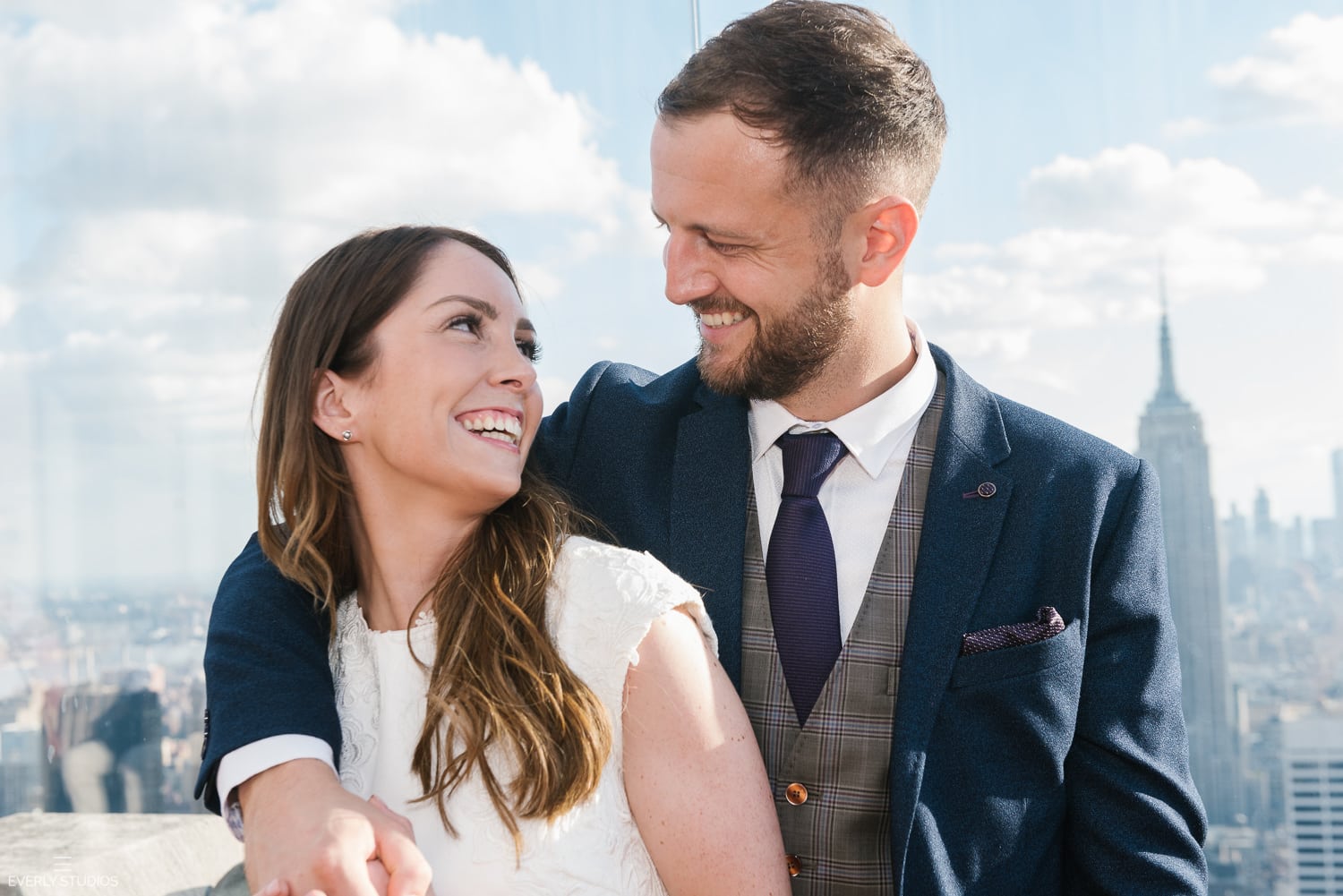 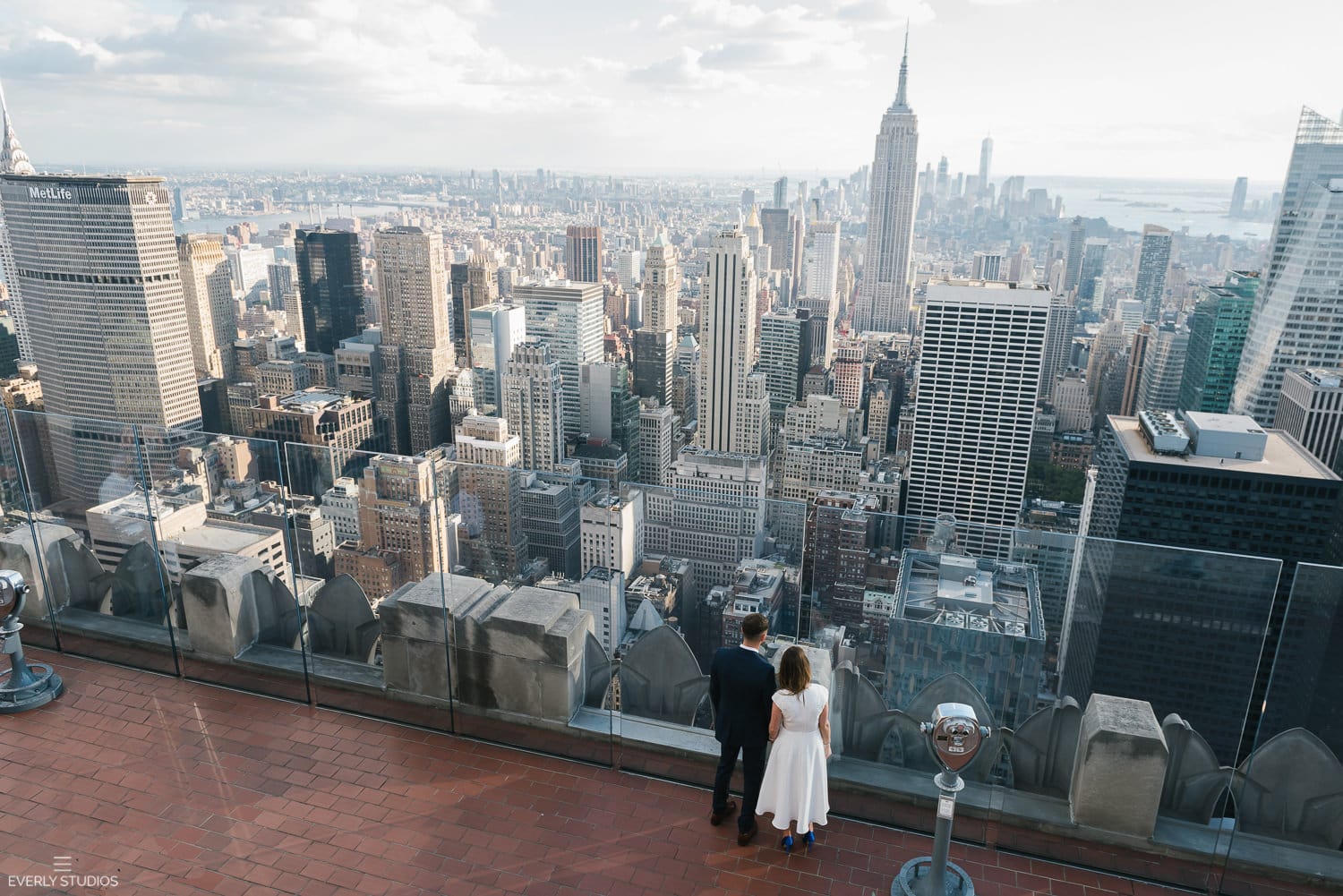 elopement Top of the Rock
SHARE
COMMENTS
Getting Married in NYC for Foreigners: A New York Elopement Guide
April 10, 2020 at 9:42 pm

Family Photos in the Yard